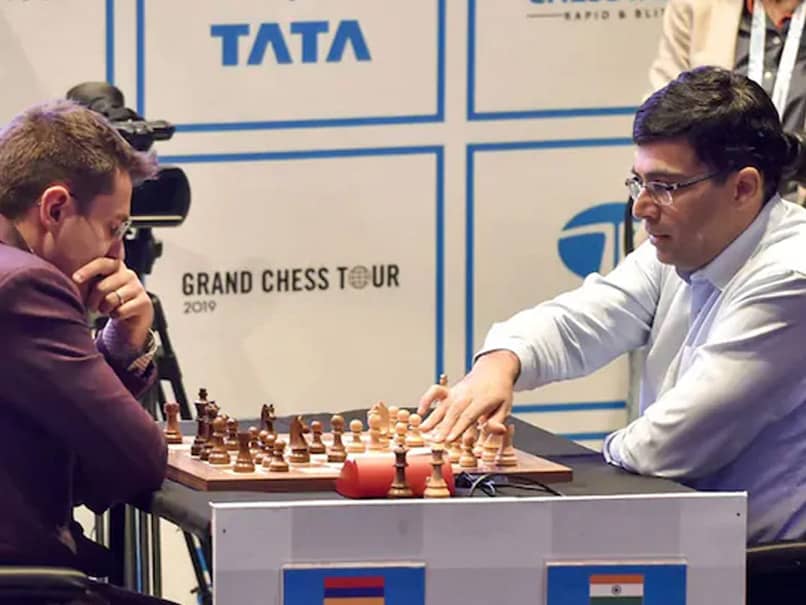 Seasoned Indian Viswanathan Anand remained winless for the fourth round running, playing out a draw with China's Yu Yangyi in the Tata Steel Chess Tournament where world champion Magnus Carlsen broke the record for being undefeated in maximum number of games. Anand, who lost to Wesley So in the second round, shares the 11th spot alongside Nikita Vituigov of Russia while Yu Yangyi is 13th currently with one point in his kitty. With nine rounds still to come in the 14-player round-robin event, Vladislav Kovalev of Belarus is at the bottom.

American Wesley So shot in to sole lead ahead of the first rest day handing Iranian Alireza Firouzja his first defeat of the tournament.

Wesley moved to three points out of a possible four and is now followed by compatriots Caruana Fabiano and Jeffery Xiong, Foreest, Firouzja and Vladislav Artemiev of Russia.

Carlsen, after four draws in first four games, is joint seventh with Anish Giri of the Netherlands, Daniil Dubov of Russia and Jan-Krzysztof of Poland on two points apiece.

For Anand, the Ragozin variation in the Queen's gambit declined has been working fine for some time and in the fourth round too, the Indian ace opted for the same.

It was a keen tussle in the opening but pieces changed hands at regular intervals.

After the trading of queens, the players were left with rooks and Knight only and even though Yangyi oplayed on till move 32 the result was never in doubt.

Wesley was lucky in some sense as Firouzja should have drawn a near-level position with black pieces.

The American, however, capitalised on a huge tactical error in the middle game and reached a pawn plus Bishops and pawns endgame. The rest was easy.

In the Challenger's section India's Surya Shekhar Ganguly, famously known as Anand's second in three world championships triumphs, scored a crushing victory over Dinara Saduakassova of Kazakhstan to emerge as the sole leader on three points.

The other Indian, Nihal Sareen, also won his first game of the tournament at the expense of Max Warmerdam to move to joint second spot on 2.5 points.