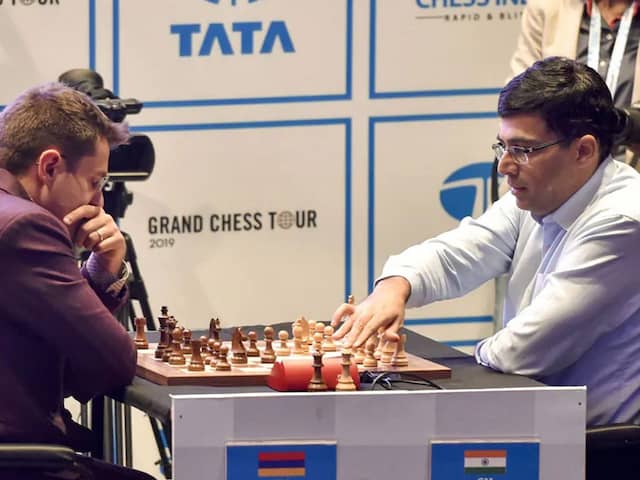 Two wins and two losses kept Viswanathan Anand on joint fifth position at the Tata Steel Rapid and Blitz Tournament in Kolkata on Monday. On the other hand, reigning world champion Magnus Carlsen of Norway continued his good run as he extended his lead at the top to five points, thus setting him on the path of almost a certain victory. Anand started with a loss to Russian Ian Nepomniachtchi but then went on to beat Armenian Levon Aronian and Wesley So of the US. He then lost to Carlsen while the rest of the games were drawn.

With nine games to come on Tuesday, Carlsen now has 21.5 points and needs just two more points to secure the title. Hikaru Nakamura of the US is placed second with 16.5 points while compatriot So is third with 13.5 points.

The Netherlands' Anish Giri is in fourth place with 13 points. Anand is tied with China's Ding Liren and Russia's Ian Nepomniachtchi on fifth position with 12.5 points.

Anand, however, remains in contention to secure a berth in the grand finale of the tournament which will be held in London in December.