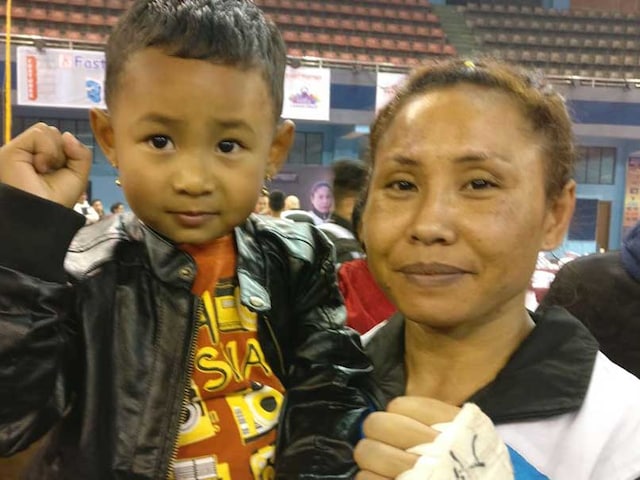 Sarita Devi settled the score against Zofia Bedo in the ring in front of roaring fans at her hometown Imphal when the Manipuri silenced the Hungarian to win her maiden professional bout in the IBC Fight Night at the Khuman Lampak Stadium on Sunday. Sarita scored a unanimous verdict. "The Asian Games incident was very painful. I had to erase those sad memories. That was one big factor I decided to turn pro. For any mother to stay away and not to feed her child is the biggest sacrifice. I made that sacrifice for this day," said Sarita, while hugging her three-year-old son after the victory.

Zsofia and Sarita have been engaged in verbal spats since the announcement of the bout. Zsofia had an experience of 59 pro bouts but debutante Sarita was a better boxer from the word go, flooring Zofia in Round 2.

Having established a winning edge after three rounds, Sarita was determined to silence her rival. The 2014 Glasgow Commonwealth Games silver medallist proved her superiority over her Hungarian opponent.

Comments
Topics mentioned in this article
Boxing Sarita Devi
Get the latest Cricket news, check out the India cricket schedule, Cricket live score . Like us on Facebook or follow us on Twitter for more sports updates. You can also download the NDTV Cricket app for Android or iOS.