Elzbieta Wojcik took time out from her preparations to play the musical instrument. 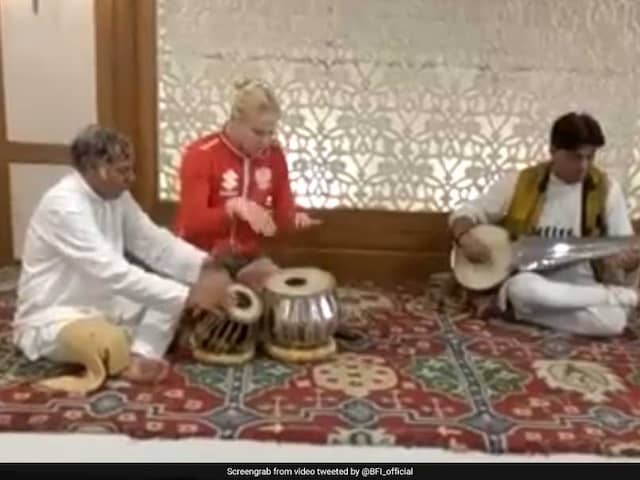 Amidst the training and preparations for the World Championships; #Polland's #ElzbietaWojcik decided to try her hands with the Tabla.
Check out the video. #WWCHs2018 #AIBA #Boxing@Ra_THORe @Media_SAI pic.twitter.com/cfFUC8Zc02

A few days back, women boxers training for world championships were seen wearing surgical masks, scarves and even T-shirts across their mouths as the level of air pollution in Delhi rises several times beyond the safe limit.

The teams participating in the championship complained about toxic smog hanging over the city, caused by seasonal burning of crop stubble and emissions from vehicles and industry.

Among other major incidents ahead of the World Championships, a professional boxer from Kosovo was denied entry to India because the foreign ministry does not recognise her country, an official said Tuesday.

Donjeta Sadiku has until Thursday to scrape together an entry permit before the contest begins but Indian boxing officials say her chances are slim.

The Republic of Kosovo declared independence from Serbia in 2008 but many countries, including India, still do not recognise the self-proclaimed Balkan state.

Sadiku also holds an Albanian passport and was expected, along with her two coaches, to receive an entry visa to compete in the AIBA Women's World Boxing Championships.