Amit Panghal emerged as the first Indian male boxer to clinch a silver medal at World Boxing Championships. He got this distinction in the 52kg final. 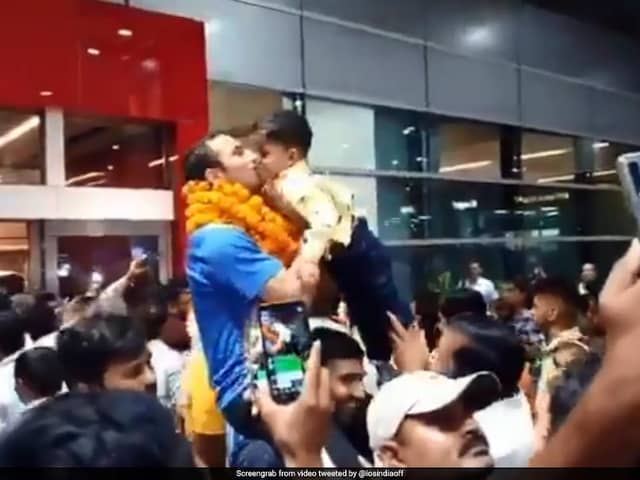 Amit Panghal received a hero's welcome on his return to New Delhi.© Twitter

In the historic final, Zoirov dominated from the outset of the bout as he landed his initial punches to perfection pushing Amit Panghal on the backfoot. The second round remained more of the same with Panghal playing defensively for most of the time.

The second seeded Panghal gave it his all but fell short when it came to connecting accurately. The Asian Games and Asian Championships gold-medallist nonetheless achieved a historic feat.