Coming from a humble background, Amit Panghal made his country proud with a historic achievement at the World Boxing Championships. 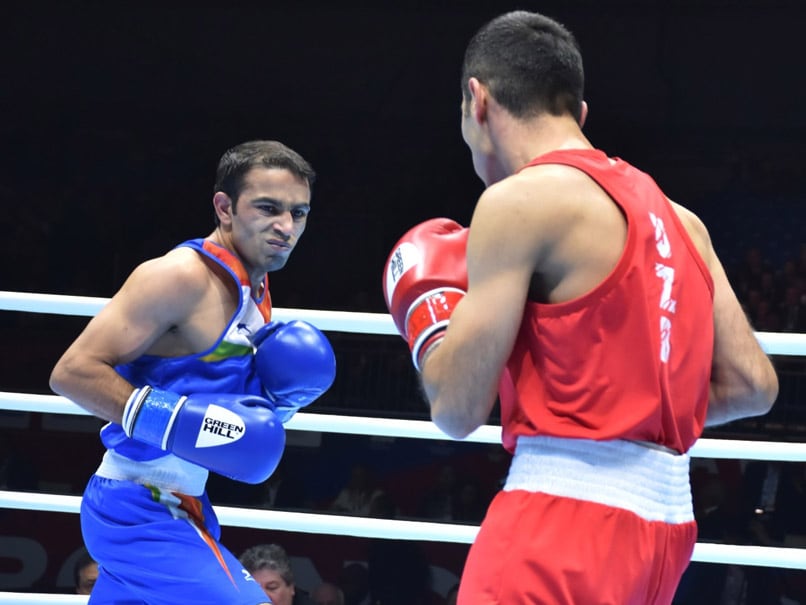 Amit Panghal emerged as a World Championships silver medallist, the first from India at the age of 23 on Saturday. Coming from a humble background, Amit Panghal made his country proud with his historic achievement at the World Boxing Championships. Amit Panghal's national coach recalled how he used to be frustrated with the boxer during his training days earlier. Even the pugilist accepted the claims made by his national coach and said, he lacked patience. Panghal also said the coaches used to be furious with him due to his approach.

"Oh, we used to be so frustrated with him. He wouldn't come back from leave on time, wouldn't show up for training on time. But then he had this amazing eye-catching game, we just couldn't have given up on him despite the indiscipline," recalled national coach CA Kuttappa.

"It's true, I used to leave the camp on weekends (off days), I just didn't have the patience. The coaches used to be furious at me but then that was me at that time. We just didn't have enough chhutti (holidays) and I was always tempted to make the most of whatever I could manage," Amit Panghal told PTI in a telephonic chat.

With Panghal clinching the first-ever silver medal in the World Championships for India, the country recorded six medals in the marquee tournament, which includes five bronze.

Last year, Panghal had clinched a gold medal in the Asian Games and a silver in the Commonwealth Games.

Listen to the latest songs, only on JioSaavn.com
Comments
Topics mentioned in this article
Boxing
Get the latest updates on ICC T20 Worldcup 2022 and CWG 2022 check out the Schedule, Live Score and Medals Tally. Like us on Facebook or follow us on Twitter for more sports updates. You can also download the NDTV Cricket app for Android or iOS.