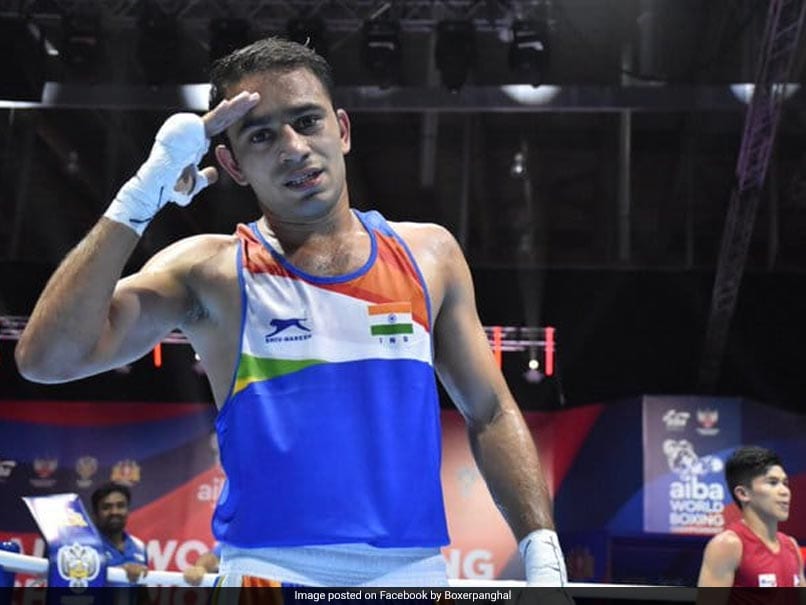 Amit Panghal lost to Uzbekistan's Shakhobidin Zoirov by unanimous decision 0:5 in the final of the men's 52kg flyweight category at the World Boxing Championships in Ekaterinburg, Russia, on Saturday. Amit Panghal is the first Indian male boxer to win the silver medal for the country as previously all five boxers won the bronze in World Boxing Championships. Amit Panghal's silver has taken India's medal tally in the prestigious tournament to six medals; five bronze and one silver. On Friday, Manish Kaushik (63kg) lost to top-seeded Andy Cruz of Cuba by unanimous decision as the Indian boxer finished the tournament with a bronze medal to his name.

Comments
Topics mentioned in this article
Boxing Live Blogs
Get the latest updates on India vs South Africa and check out  Schedule, Results and Live Score. Like us on Facebook or follow us on Twitter for more sports updates. You can also download the NDTV Cricket app for Android or iOS.