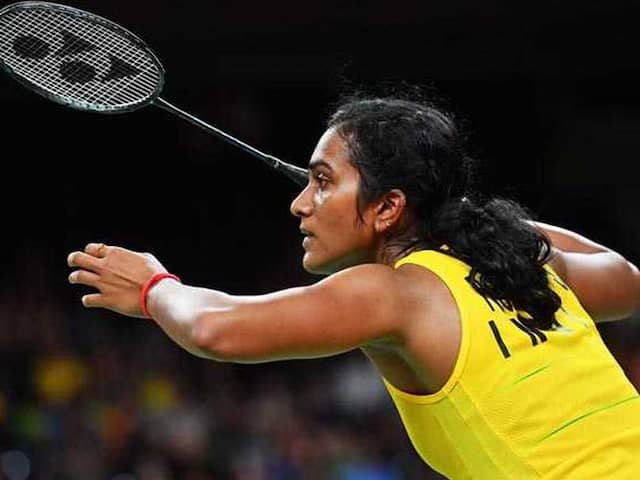 PV Sindhu is expected to face World No. 9 Sung Ji Hyun in third round.© AFP

India's badminton stars PV Sindhu and Saina Nehwal were handed a bye in the first round of the 24th BWF World Championships starting July 30 in Nanjing, China but they might face tough opponents in the latter stages of the tournament. After the first round bye, the Rio Olympic medallist PV Sindhu will kick off her campaign against World No. 37 Fitriani Fitriani or World No. 44 Linda Zetchiri. However, things become much harder for Sindhu after the first match.

The first real test for Sindhu will be in the third round of the tournament where she is expected to face World No. 9 Sung Ji Hyun.

If she manages to beat Sung Ji Hyun, Sindhu's next opponent could be defending champion Nozomi Okuhara in the quarter-final of the tournament. Sindhu lost to Okuhara in the 2017 World Badminton Championships.

On the other hand, Saina will have an easy second round, taking on the winner of the match between Switzerland's Sabrina Jaquet or Turkey's Aliye Demirbag.

If she manages to win her Round 2 match, Saina in all likelihood face fourth seed Ratchanok Intanon in the pre-quarters.

A win against Intanon in the third round could pit Saina against Rio Olympic gold medallist Carolina Marin.

Comments
Topics mentioned in this article
PV Sindhu Saina Nehwal Carolina Marin Badminton
Get the latest Cricket news, check out the India cricket schedule, Cricket live score . Like us on Facebook or follow us on Twitter for more sports updates. You can also download the NDTV Cricket app for Android or iOS.