The Olympic silver medallist Sindhu was outplayed in the first game in 20 minutes. 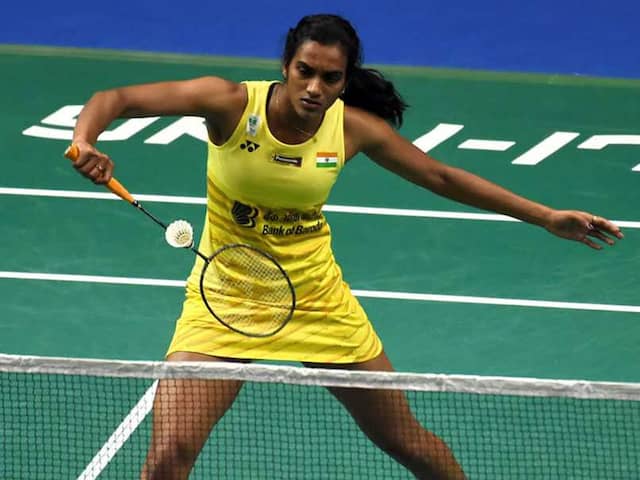 India's star shuttler PV Sindhu, seeded second, suffered a 15-21, 18-21 defeat to fourth seed Nozomi Okuhara of Japan in straight games inside 50 minutes to settle for runners-up spot in the Thailand Open at the Nimibutr Stadium in Bangkok on Sunday. The Olympic silver medallist Sindhu was outplayed in the first game in 20 minutes as the World No.3 made too many unforced errors. However, Sindhu came out all guns blazing in the second game and opened up a healthy lead. But she fell prey to Okuhara's aggression and yet again made unforced errors to throw away her lead. The Japanese came back on two occasions to take the game away from the reach of Sindhu and deny the Indian another title.

Okuhara has thus taken a 6-5 head-to-head win-loss record over Sindhu. The last time the duo met at the All England Championships earlier this year, it was the Indian who prevailed over the Japanese.

Meanwhile, it was Sindhu's third disappointment in a final this year following her defeats in the summit clash of the India Open and Gold Coast Commonwealth Games.

Sindhu, who had an ankle strain ahead of the CWG and missed the Uber Cup final, reached semifinal and quarterfinal in her last two tournaments -- in Malaysia and Indonesia -- before this one.

Earlier, Sindhu got better off Indonesian Gregoria Mariska Tunjung in three games on Saturday to book a final berth against reigning world champion Okuhara of Japan.

World No.29 Gregoria stretched World No.5 Sindhu in the first two games of a semi-final. Second seed Sindhu dug deep to win the first game 23-21 before losing the second game 16-21. Gregoria ran out of gas in the third game, which Olympic 2016 silver medallist Sindhu comfortably won with a 21-9 margin.