The Indian men's doubles team of Satwiksairaj Rankireddy and Chirag Shetty lost to Aaron Chia and Soh Wooi Yik of Malaysia 18-21, 18-21 in the Thailand Open semi-finals. 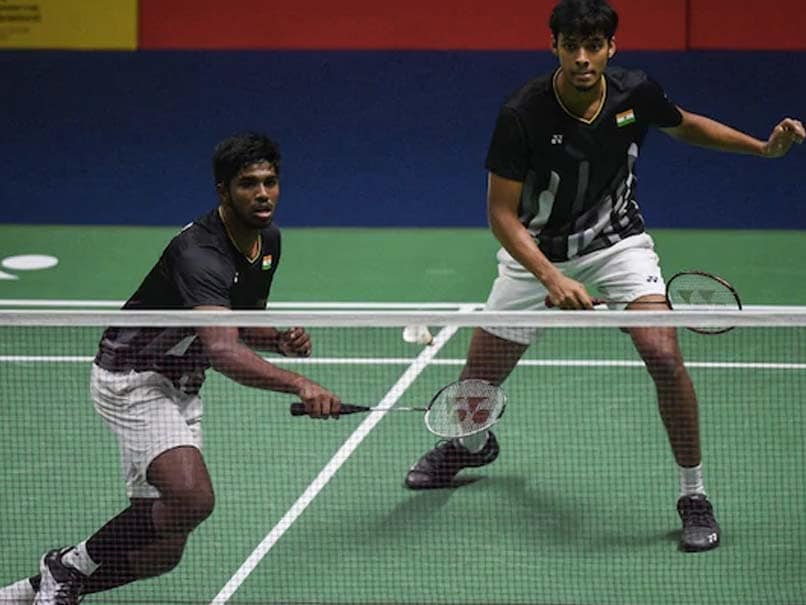 The Indian men's doubles team of Satwiksairaj Rankireddy and Chirag Shetty went down fighting in the men's doubles semi-finals of the Thailand Open on Saturday. The Indian duo lost to Malaysian pair of Aaron Chia and Soh Wooi Yik 18-21, 18-21 in closely-contested affair. The Malaysian team will now face sixth seeds Lee Yang and Wang Chi-lin of Chinese Taipei for the title. Rankireddy and Shetty gave a good account of themselves despite losing in straight games in a match that lasted 35 minutes.

The Indian pair, who had won the Thailand Open in 2019, failed to defend their title as their Malaysian counterparts proved too good on the day.

Rankireddy and Shetty reached the last four stage without dropping a game, which included a straight-game win over seventh seeds Choi Sol-gyu Seo and Seung-jae of Korea.

However, on Saturday, the Indian pair just didn't have enough firepower to outgun their Malaysian opponents.

The first game witnessed a hard-fought battle with little to separate the two teams. The Malaysians took a slender 11-10 lead into the mid-break. The Indian team despite being hot on the heels of their opponents could never draw level from thereon in.

Aaron Chia and Soh Wooi Yik just about kept their noses ahead despite being put under pressure to take the first game 21-18.

The Malaysian team looked far more comfortable in the second game but Rankireddy and Shetty fought hard to stay in touch. They even drew level at 8-8 to keep themselves in the contest.

However, the eighth seeds upped their game and played more aggressively to open a crucial 15-11 lead. Rankireddy and Shetty were just not allowed to get on the front foot, defending most of the time.

With the scores on 20-14, and the Malaysians needing just a point to wrap up the game, the Indian team won four consecutive points to keep their hopes alive. But it proved to be a little too late, as Aaron Chia and Soh Wooi Yik held their nerves to win a point and book their place in the final.