Indian men's doubles pair of Satwiksairaj Rankireddy and Chirag Shetty on Thursday bowed out of the Thailand Open after stumbling to a loss in the second round. 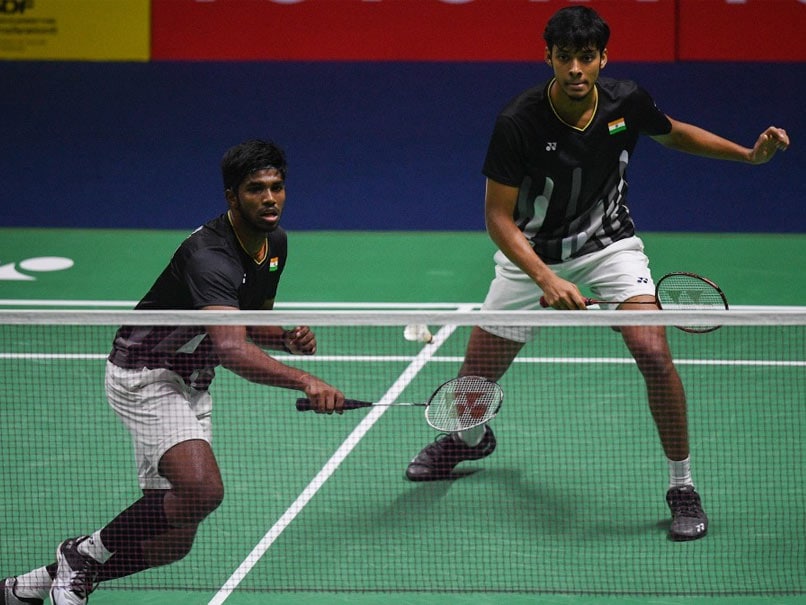 Indian men's doubles pair of Satwiksairaj Rankireddy and Chirag Shetty on Thursday bowed out of the Thailand Open after stumbling to a loss in the second round. The pair was defeated by the Indonesian pair of Mohammad Ahsan and Hendra Setiawan in straight games 21-19, 21-17. Rankireddy and Shetty failed to get going from the very start and the duo was defeated in straight games. The second-round match lasted for 34 minutes, and the Indian pair stumbled to bow out of the tournament.

Rankireddy and Shetty had cruised into the second round of the ongoing Thailand Open here on Wednesday. The world number ten Indian pair outclassed the South Korean pair of Kim Gi Jung and Lee Yong Dae 19-21, 21-16, 21-14 in the first round of the tournament.

Saina Nehwal and Kidambi Srikanth will be in action later today in their respective second-round matches.

PV Sindhu was earlier knocked out of the tournament after suffering a loss in the first round.