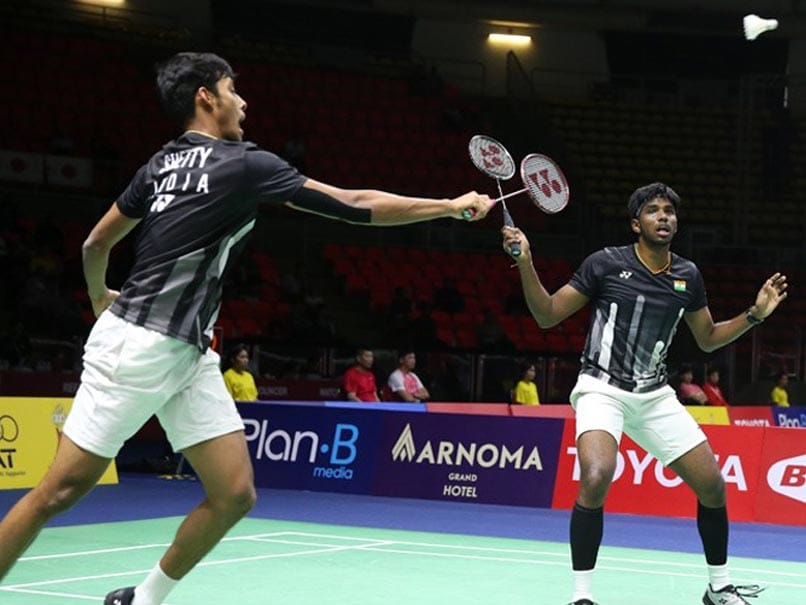 India's Satwiksairaj Rankireddy and Chirag Shetty defetaed South Korea's Ko Sung Hyun and Shin Baek Cheol in a thrilling match to enter the final of Thailand Open 2019 on Saturday. The Indian pair took the first game 22-20, however in the second game the South Korean pair fought back brilliantly to clinch the game 24-22 and took the match into the decider. In the third game, Satwiksairaj and Chiragdidn't let the Korean pair any chance and outclassed them by a huge margin of 21-9 to book their place in the final that will take place on Sunday. In the final they will face the Chinese pairing of Li Jun Hui and Liu Yu Chen.

On Friday, Rankireddy along with his mixed doubles partner Ashwini Ponnappa crashed out in the quarterfinals as they lost in straight games to bow out of the tournament.