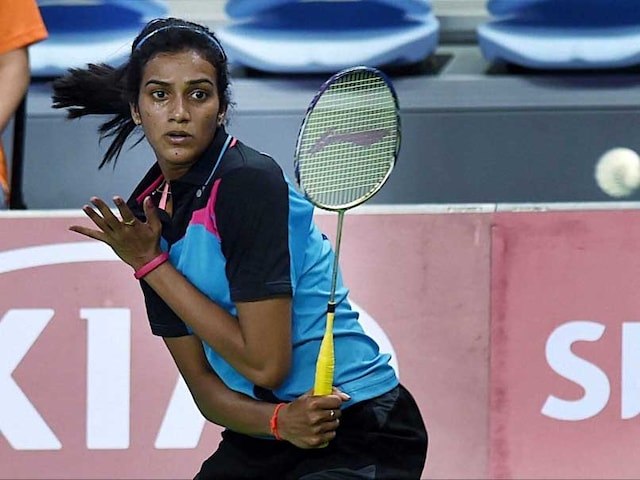 Indian badminton stars Saina Nehwal and PV Sindhu on Friday crashed out of the All England Open Badminton Championships. Sindhu bowed out of the tournament after losing to top seed Tai Tzu Ying of Taiwan 14-21, 10-21 in her quarterfinal match, while Saina endured a heartbreaking 20-22, 20-22 defeat at the hands of third seed Sung Ji Hyun of South Korea in the last eight.

World No. 5 Sindhu, who had beaten Tai Tzu en route to her Rio Games silver, was erratic and couldn't break the defence of the Chinese Taipei shuttler, to go down 14-21 10-21 in 34 minutes at the Barclaycard Arena. With this win, Tai Tzu entered her third successive semifinals of the prestigious tournament.

In the first match, Sindhu and Ying were tied at 11-11 in the first game. Ying, however, raced ahead in the crucial stage and managed to win the opening game 21-14.

The second game was a one-sided affair with the world no. 1 Ying closing it out at 21-10 to book her place in the semis.

Saina, on the other hand, played one of her best matches since coming back from the knee injury she suffered at the Rio Olympics last year. She, however, failed to cross the line in the tight games, losing both 20-22 to her formidable opponent.

World No. 10 Saina blew 17-12 and 9-6 leads in the two games to go down fighting against Sung in a 54-minute battle to drew curtains on India's campaign at the prestigious tournament here last night.

Saina had a 6-1 head-to-head record against the Korean going into the match but that didn't matter as Sung held on to her nerves in crucial moments to emerge victorious in their eighth meeting at the international circuit.

With the ouster of Saina and Sindhu, India's campaign at the tournament has come to and end.

Comments
Topics mentioned in this article
Badminton PV Sindhu Saina Nehwal
Get the latest Cricket news, check out the India cricket schedule, Cricket live score . Like us on Facebook or follow us on Twitter for more sports updates. You can also download the NDTV Cricket app for Android or iOS.