Kidambi Srikanth replaced Viktor Axelsen of Denmark at the No. 1 slot. 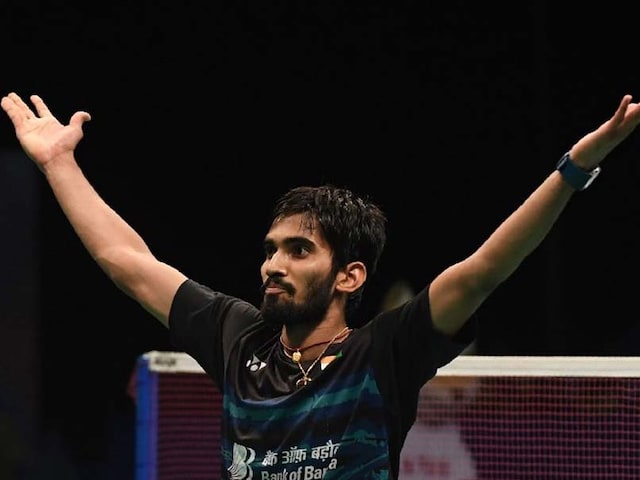 Indian badminton star Kidambi Srikanth on Thursday became world No. 1 in the Badminton World Federation (BWF) rankings, replacing Denmark's Viktor Axelsen. Srikanth moved to the top of rankings with 76,895 points in men's singles category to displace current world champion Axelsen, who lost at least 1,660 points because he could not defend his Malaysian Open title. 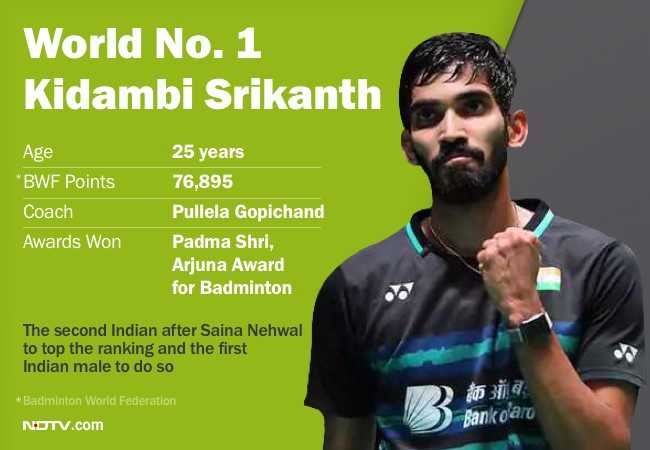 The Malaysian Open was held from April 4-9 last year but has now been moved to June 26 to July 1 on account of the ongoing Commonwealth Games. The 25-year-old Srikanth bagged the mixed team gold in the ongoing Gold Coast Games and continues to feature in the men's singles format in that event. Srikanth becomes only the second Indian after Saina Nehwal, who achieved the feat in 2015, to top the rankings and the first Indian male to do so. 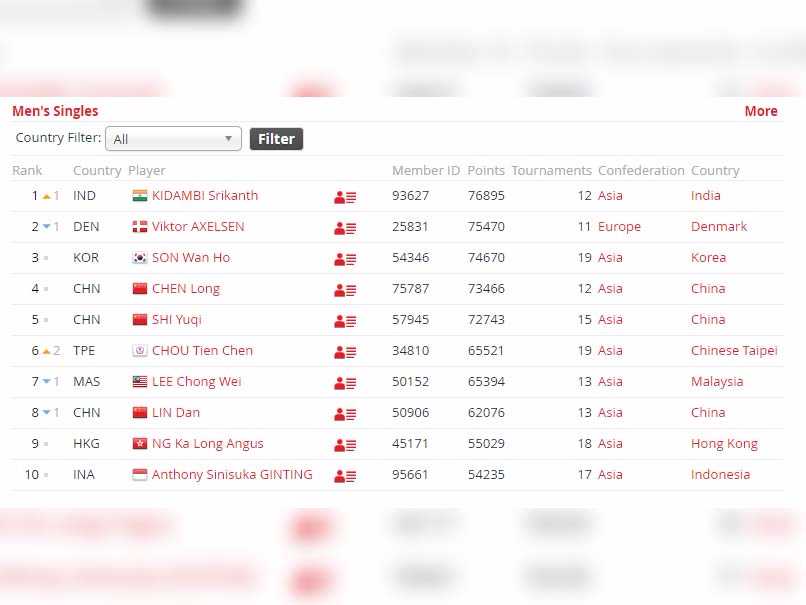 It is also a major achievement for coach Pullela Gopichand, who has overseen the rise of both Nehwal and Srikanth at his academy in Hyderabad.

Congratulations @srikidambi on becoming World No. 1 in latest BWF rankings, only the second Indian Badminton player to achieve the feat in modern ranking era. Proud moment for Indian sports. pic.twitter.com/E7ZZASW8vz

"This is a huge achievement for Srikanth as well as for Indian badminton," Gopichand told media in Australia.

"There has been a lot of talk about our women doing well, but now we will have a men's No.1. This will help Srikanth become more relaxed. Whatever happens from here, he will always know that he was ranked as the best in the world - that he has accomplished that goal. It will help him focus more on winning tournaments."

Srikanth, who burst onto the scene with victory in the Thailand Open in 2013, secured the World No. 2 ranking in November last year but missed out on the chance to claim the top spot after suffering an injury.

The Indian shuttler won four Super Series titles - Indonesia, Australia, Denmark, and France -- last year, becoming only the fourth in the world to achieve the feat.