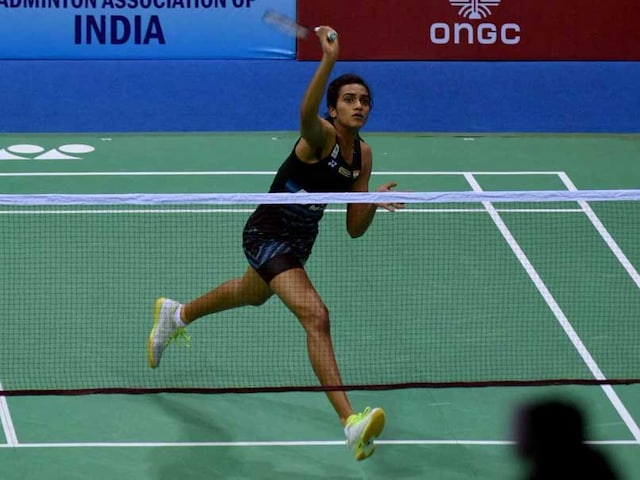 Malaysian qualifier Iskandar Zulkarnain caused the biggest upset of the ongoing India Open 2018 when he beat favourite and World No. 3 Kidambi Srikanth in straight games on Thursday. The 26-year-old Zulkarnain, ranked 85th in the world, made the most of an error-prone display by his much higher ranked rival to win 21-19, 21-17 in 43 minutes at the Siri Fort Complex indoor courts. "My goal was to upset higher ranked players in the tournament and I did so. Hopefully, I can continue the winning run," said a delighted Zulkarnain.

Zulqarnain will now run into another Indian, the doughty Sameer Verma, in the next round. Verma, ranked 30th in the world, upstaged former World No. 3 Tommy Sugiarto of Indonesia 21-18, 19-21, 21-17 in a gruelling battle that last one hour and 20 minutes.

Dwelling on his defeat, the second seeded Srikanth, who is coming off an injury layoff, said: "It was not that I played badly. I was even leading 16-14 in the second game but it was just that I could not score those crucial points. Iskandar picked up shuttles from unimaginable positions which made it tough for me."

Marin's opponent in the quarterfinals will be sixth seed Cheung Ngan Yi of Hong Kong who handed a 21-4, 21-7 drubbing to Thailand's Thamolwan Poopradubsil.

Sindhu felt she has work to do in the upcoming rounds after upstaging Bulgarian Linda Zetchiri 21-10, 21-14."My performance was not up to the mark today. I had not played her before so I didn't quite know how she plays. It was a tricky match but I am happy that I pulled it off," said the defending champion who will be up against eighth seed Beatriz Corrales in the next round. The Spaniard downed Shivani Ruthvika Gadde (Ind) 21-19, 21-16.

"Now, I have to be well-prepared against my Spanish opponent in the quarterfinals," Sindhu added.

Saina downed Denmark's Line Hojmark Kjaersfeldt 21-12, 21-11 in 28 minutes and will meet fifth seed Beiwan Zhang of USA in the quarters.

Qualifier Shreyansh Jaiswal put in a spirited display to stretch Parupalli Kashyap before bowing out 21-19, 19-21, 21-12. Kashyap will face Qiao Bin in the quarterfinals with the Chinese defeated qualifier Kartikey Gulshan Kumar 21-7, 21-3.

Meanwhile in the mixed doubles, the Indian pair of the young Satwiksairaj Rankireddy and the experienced Ashwini Ponnappa stunned third seeds Tan Kian Menga and Lai Pei Jing of Malaysia 21-16, 15-21, 23-21 in a humdinger that lasted more than an hour. It was the first time that the Indian duo were entering the quarterfinals of a Super Series event since they teamed up 10 months ago. Terming it as "important victory" for their partnership, Ashwini said, "it was a crazy finish. We really wanted to win this as we were leading (in the match). I'm really happy it went our way."

They will take on fifth seeds Mathias Christiansen/ Christinna Pedersen of Denmark who downed the Indians Rohan Kapoor and Kuhoo Garg (Ind) 21-10, 21-11.

Comments
Topics mentioned in this article
Kidambi Srikanth Saina Nehwal PV Sindhu Badminton
Get the latest Cricket news, check out the India cricket schedule, Cricket live score . Like us on Facebook or follow us on Twitter for more sports updates. You can also download the NDTV Cricket app for Android or iOS.