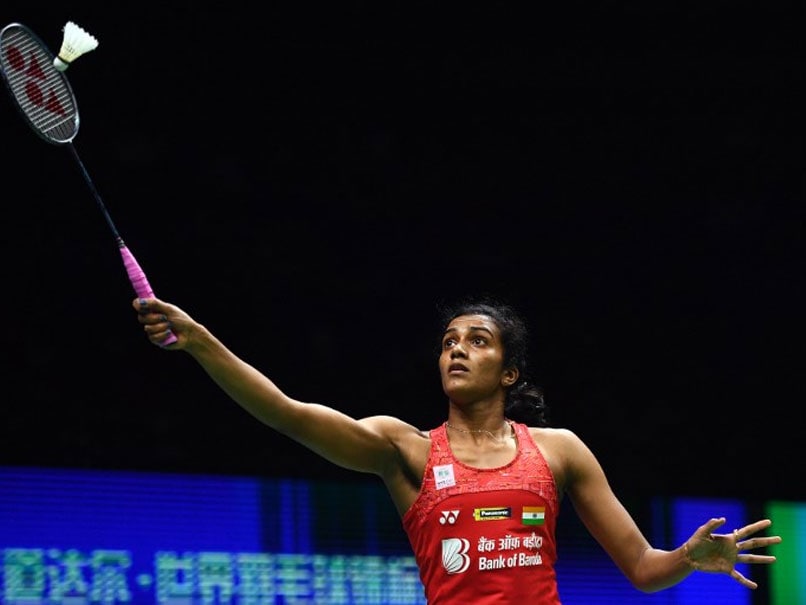 India star shuttler PV Sindhu on Sunday settled for the silver medal after losing her BWF Badminton World Championships final clash to Spain's Carolina Marin at Nanjing, China. Sindhu suffered a straight games defeat as she lost 19-21, 10-21 in the summit clash. The 23-year-old Sindhu, who had lost an epic final to Japan's Nozomi Okuhara at Glasgow last year, didn't have answers to Marin's blistering pace in the 45 minutes that the match lasted.

Marin claimed a slice of history as the Spaniard became the first woman singles player to win three gold medals at World Championships. She had won the title in 2014 and the 2015 Jakarta edition.

Sindhu, who defeated Japanese second seed Akane Yamaguchi to set up her final clash with Marin, showed spectacular show in the opening game. An imperious Marin took the game away 21-19.

"It is very frustrating to loss again. Last time also I had played the finals. It is quite sad and I have to come back stronger and get back to the sessions and prepare for the next tournament," said Sindhu, who suffered her fourth final loss this season.

"Sometimes it is not your day, ups and downs will always be there and you have to always be stronger."

"A bit sad because I was expecting a good one but overall a good match and I am happy I came to the finals and winning and losing are parts of life and I have to take it as it is," she added.

Comments
Topics mentioned in this article
PV Sindhu Carolina Marin Badminton
Get the latest updates on India vs South Africa and check out  Schedule, Results and Live Score. Like us on Facebook or follow us on Twitter for more sports updates. You can also download the NDTV Cricket app for Android or iOS.