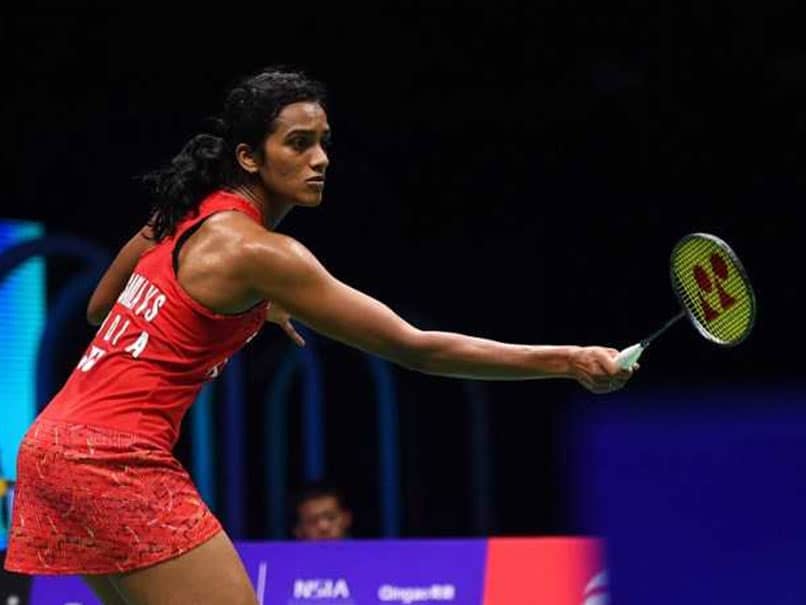 India badminton star PV Sindhu set to face Spanish seventh seed and two-time world champion Carolina Marin in the final of the BWF Badminton World Championships. Sindhu defeated Japanese second seed Akane Yamaguchi in straight games to enter her second consecutive final of the competition. Third seed Sindhu, a three-time World Championships medallist, registered a 21-16, 24-22 win over Yamaguchi in the semi-final clash. The Rio Olympics medallist took 55 minutes to edge past Yamaguchi. Carolina, the 2016 Olympic gold medallist, overcame China's sixth seed He Bingjiao with a 13-21, 21-16, 21-13 victory in an hour and nine minutes in the other semi-final.

14:34 IST: Marin three points away from her third gold medal at the World Championships.

14:31 IST: Sindhu loses challange as the replay shows it's out. Point for Marin.

14:14 IST: Umpire seems to have given a warning to Sindhu for time wasting on Marin's serve.

14:12 IST: Marin jumps and plays a brilliant smash but it lands outside the line. Point for Sindhu. Sindhu leads 18-17.

14:10 IST: What a comeback from Marin. She makes it 15-15 now. Stupendous show from the Rio Olympics champion.

14:09 IST: Another point for Marin. Unforced error from Marin.

14:07 IST: Another forced error from Marin. She has a smile on her face.

14:04 IST: Another unforced error from Marin. Point for Sindhu. The Indian leads 13-9 in the first game.

14:03 IST: Sindhu starts with a bang after the mid-break. Marin hits outside the court. Sindhu leads 12-8.

14:00 IST: Smash from Marin but it lands outside the line. Point for Sindhu. The Rio Olympic silver medallist leads 10-8.

13:58 IST: Back-to-back points for Marin. What a comeback. The Spaniard trails 7-8 in the first game.

13:51 IST: Marin starts with a bang. She collects the first point.

13:50 IST: Umpire introduces both players and we are underway.

13:45 IST: Spain's Carolina Marin is making her way to the court.

13:44 IST: The wait is over. It's time for the mouth-watering clash between PV Sindhu and Carolina Marin.

13:17 IST: Overall, Marin has a 6-5 advantage over Sindhu, who had beaten the Spaniard in their last encounter at the Malaysia Open in June.

12:38 IST: PV Sindhu has a great chance of winning a gold medal for the first time for India.

12:00 IST: Hello and welcome to the Live coverage of the BWF Badminton World Championship final between PV Sindhu and Carolina Marin.

The final pits Sindhu against Carolina, who defeated the Hyderabadi in the Rio Games 2016. Even though they have won six matches each against each other, Sindhu has won three out of four games she faced Carolina since the final loss in Rio.

For Sindhu, it will be yet another great opportunity to become the first Indian to win a world title as she continues to drive the country's badminton to newer heights.

The women's doubles final will be an all-Japanese affair between second seeds Yuki Fukushima and Sayaka Hirota and 11th seeds Mayu Matsumoto and Wakana Nagahara.

Comments
Topics mentioned in this article
PV Sindhu Carolina Marin Badminton Live Blogs
Get the latest updates on India vs Australia Series, check out the India vs Australia Schedule for 2020-21 and Ind vs Aus live score . Like us on Facebook or follow us on Twitter for more sports updates. You can also download the NDTV Cricket app for Android or iOS.