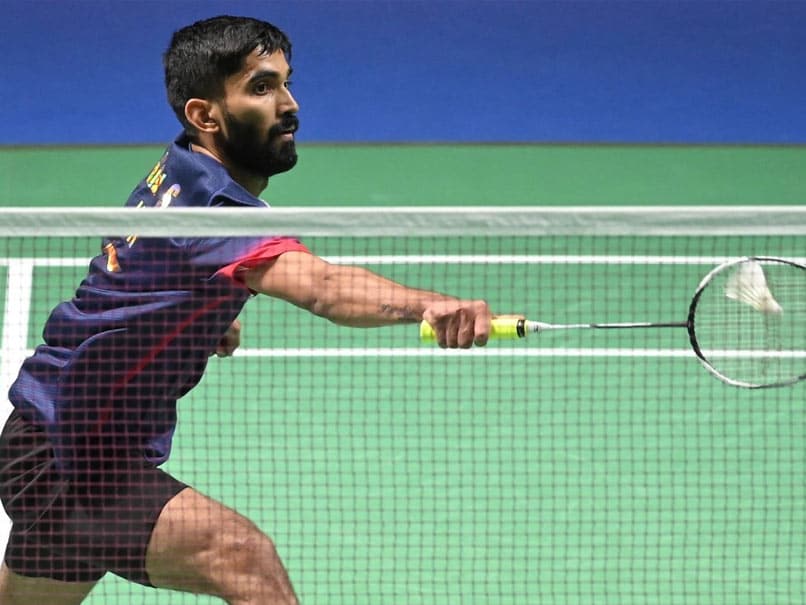 India's Kidambi Srikanth made history when he beat compatriot Lakshya Sen 17-21, 21-14, 21-17 to become the first Indian man to reach the final of the BWF World Championships. The thrilling all-Indian men's singles semi-final turned out to be a marathon match as it lasted an hour and nine minutes. After winning the final point against Sen, a seemingly-exhausted Kidambi fell to the ground. Fans took to twitter to congratulate both players for displaying exceptional skills and entertaining everyone with some end-to-end badminton.

A fan posted a clip of the winning moment for Kidambi and wrote:

"What a match...so amazing. Congrats Kidambi, you deserve it, You play calmly and patiently until you finally win too. Congrats Lakshya for the bronze medal. You are still very young, there is still a long way to go, hopefully you can get better later."

What a match...so amazing
Congrats Kidambi you deserve it, You play calmly and patiently until you finally win too. Congrats Lakshya for the bronze medal You are still very young, there is still a long way to go, hopefully you can get better later pic.twitter.com/LwowkC84uD

Both players matched each other and showcased aggressive intent even during the tough situations in the game. Kidambi showed a fighting spirit as he gathered his composure to roar back after losing the first game 17-21.

Winning crucial points and intense rallies in the second and third games, took Kidambi to a sensational win.

The win will go a long way in instilling much-needed confidence in the current world number 14. Injuries and poor form saw him miss the 2020 Tokyo Olympics this year after being victorious in four Super Series tournament in 2017.

On the other hand, despite the heartbreaking loss, Sen joined an elite list of medal winners for Indian men's badminton at the World Championships. He joined the likes of Prakash Padukone (bronze in 1983) and B Sai Praneeth (bronze in 2019) to have won medals in the event.

Kidambi too is assured of at least a silver -- India's first in men's singles. He will take on Loh Kean Yew of Singapore in the final.

Comments
Topics mentioned in this article
Kidambi Srikanth Badminton
Get the latest updates on ICC T20 Worldcup 2022 and CWG 2022 check out the Schedule, Live Score and Medals Tally. Like us on Facebook or follow us on Twitter for more sports updates. You can also download the NDTV Cricket app for Android or iOS.