The fifth season of PBL will take place from December 22 to January 13. The opening ceremony to be held in Mumbai. 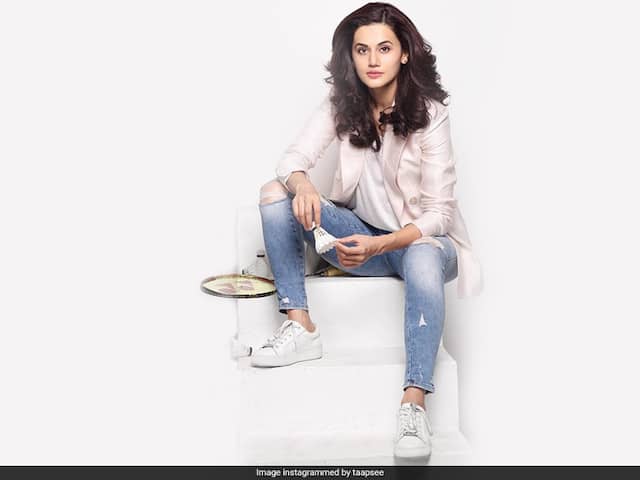 Bollywood celebrities have turned up in numbers in recent times to buy sports franchises.© Instagram

Bollywood celebrities have turned up in numbers in recent times to invest in and buy sports franchises. Taapsee Pannu became the latest Bollywood star to invest in a sports team after she bought a franchise in the Premier Badminton League (PBL). The franchise will represent Pune in the forthcoming PBL season and will be called Pune 7 Aces, co-owned by Taapsee Pannu and management firm KRI. After Taapsee was unveiled as the owner of the franchise, she posted a video on Instagram to reveal why she took an interest in buying a badminton franchise.

"As a child, I liked to play different type of sport and I grew up to be an ardent sports fan, I have been watching all sports tournament religiously, especially badminton. This is one sport, which we can call family sport of India. And I was ready to take my love for badminton to the next level. This was something that was in my mind since past few days," Taapsee Pannu said.

Taking my love for sports to the next level... Proud to co-own a new franchise in "Premiere Badminton League" season 4 - Pune 7 Aces along with @kri_talent

It will be second time a team will represent Pune in the Premier Badminton League (PBL) after the Pune Piston, who were a part of the tournament in the inaugural season.

The fifth season of PBL will take place from December 22 to January 13, with the opening ceremony to be held in Mumbai. Meanwhile, the shuttlers auction will take place on Monday.