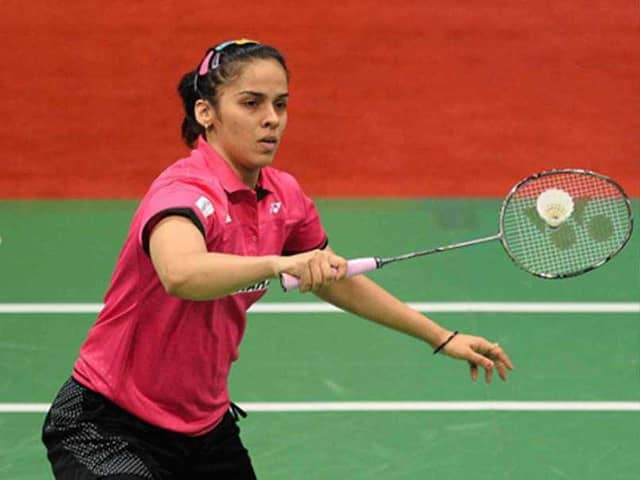 Saina Nehwal was knocked out of the Korea Open 2018.© AFP

Star Indian shuttler Saina Nehwal was knocked out of the Korea Open 2018 after she lost a three-game thriller against Japan's Nozomi Okuhara in Seoul on Friday. Fifth seeded Saina Nehwal lost 21-15, 15-21, 20-22 in a match that lasted for 59 minutes.

In the first game, the clash between Saina Nehwal and third seeded Okuhara remained neck-in-neck for the initial nine points. From there, Saina never looked back and went on to win the game against her higher seeded rival.

In the second game, Okuhara led 11-8 at the mid-game interval. Heading forward, Okuhara dominated the proceedings to close the game and take the match to the decider.

The decider saw a dramatic finish with Saina Nehwal earning the match point first but failing to convert it.

In the beginning of the third game, Saina maintained a slender lead over Okuhara but she went on to lose consecutive points after taking the match point to allow Okuhara to close the game and win the match.

With Saina's loss, India's campaign at the Korea Open 2018 has come to an end.