All England Open: Kidambi Srikanth Knocked Out, PV Sindhu Advances To 2nd Round

Kidambi Srikanth crashed out of the All England Open badminton championships after losing 15-21, 16-21 to China's Chen Long in first round. 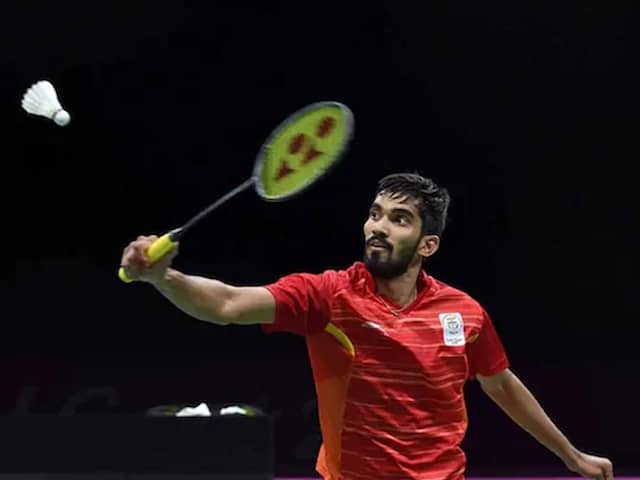 Kidambi Srikanth suffered a straight games loss in the opening round.© AFP

Indian badminton star PV Sindhu made a confident start at the All England Open, beating American Beiwin Zhang in straight games, but Kidambi Srikanth bowed out with a first round defeat in Birmingham on Wednesday. The sixth seed and world number six Sindhu got the better of the American, ranked eight places below her, 21-14 21-17 in 42 minutes. The second game was a close affair with the two players locked at 16-16. Sindhu, however, won five points in a row after it became 17-all to clinch the issue.

It was the 10th meeting between the two players with Sindhu improving the head-to-head record to 6-4. The last time they met was at the Korea Open where the American won in three sets.

However, in the men's singles, Srikanth lost in straight games to the Chinese world number five. The Indian lost 15-21 16-21 in 43 minutes.

Sindhu will next clash with Korean Sung Ji Hyun for a place in the quarterfinals.

Saina Nehwal and P Kashyap are also scheduled to play later on Wednesday along with young Lakshya Sen and B Sai Praneeth.

Saina is up against third seeded Japanese Akane Yamaguchi.

In the women's doubles, Ashwini Ponnappa and Sikki Reddy will open their campaign against the British pair of Jenny Moore and Victoria Williams.

Concerned about their health, seven Indian shuttlers, including former top 10 player HS Prannoy and world No. 10 men's doubles pair of Chirag Shetty and Satwiksairaj Rankireddy have withdrawn from the All England.

The USD 1,100,000 BWF world tour event offers 12,000 ranking points to the winner and with the Olympic qualification on the line, most of the top players will be seen in action at the Arena Birmingham.