Justin Langer, who is preparing for a four-Test series against India starting in Adelaide next week, said tinnitus, vertigo and vestibular migraines struck out of the blue during the World Cup in England. 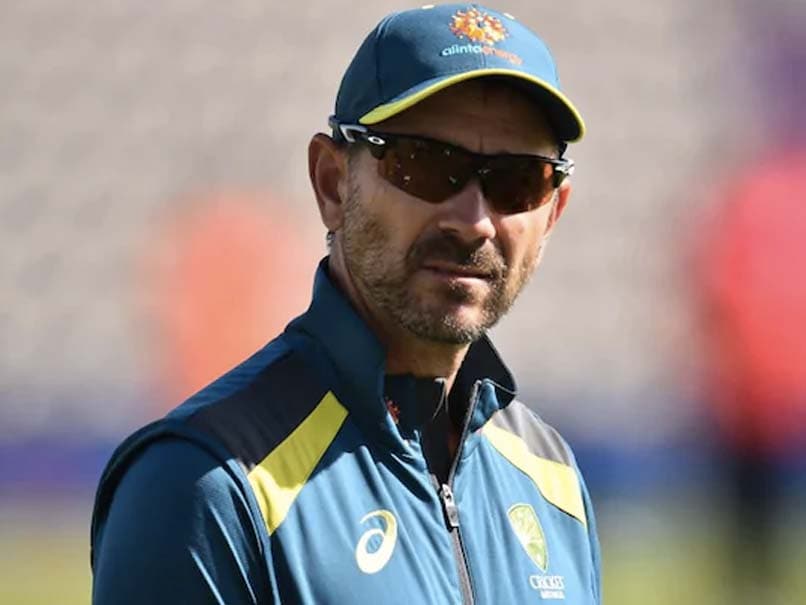 Australian cricket coach Justin Langer has revealed a health scare last year left him feeling "seasick and drunk" and almost forced him to quit. The 50-year-old, who is preparing for a four-Test series against India starting in Adelaide next week, said tinnitus, vertigo and vestibular migraines struck out of the blue during the World Cup in England. He initially thought it was a tumour in his ear, like his father developed 25 years earlier, but brain scans in England and later back home ruled that out.

"I developed tinnitus and that is just a constant now. I also kept getting vertigo, which is just horrible," he told the West Australian newspaper late Thursday.

"For about 10 months, it literally felt like I was seasick and drunk the whole time.

"In my job, I've got to put the mask on all the time obviously but it takes its toll."

Perth-born Langer, who has been Australian coach since 2018 when Darren Lehmann stepped down in the wake of a ball-tampering scandal, said it got so bad he considered his future in the game.

"I got to a point where I was feeling so unwell and not having the answers, I wasn't sure that I would keep going in my job because it was just so stressful," he said.

Physiotherapy has helped the 105-Test veteran deal with vertigo and he has also been having treatment for the migraines, which leave him dizzy, but the tinnitus has not abated.

"It was really weird. It literally just came on," he said,

"We're in England for the World Cup and one day I wake up and I describe as like in Star Wars, the light sabres when they start hitting each other."

Langer said is not sure why the symptoms developed, but said he "got hit a lot" during his career as an opening batsman.

His problems led to him become the Perth-based Ear Science Institute's new ambassador next year.

India Cricket Team Justin Langer Australia vs India 2020-21 Cricket
Get the latest updates on Fifa Worldcup 2022 and check out  Fifa World Cup Schedule, Stats and Live Cricket Score. Like us on Facebook or follow us on Twitter for more sports updates. You can also download the NDTV Cricket app for Android or iOS.