India vs Australia: Rohit Sharma hit the nets for the first time since arriving in Australia, as the Sydney Test draws closer. 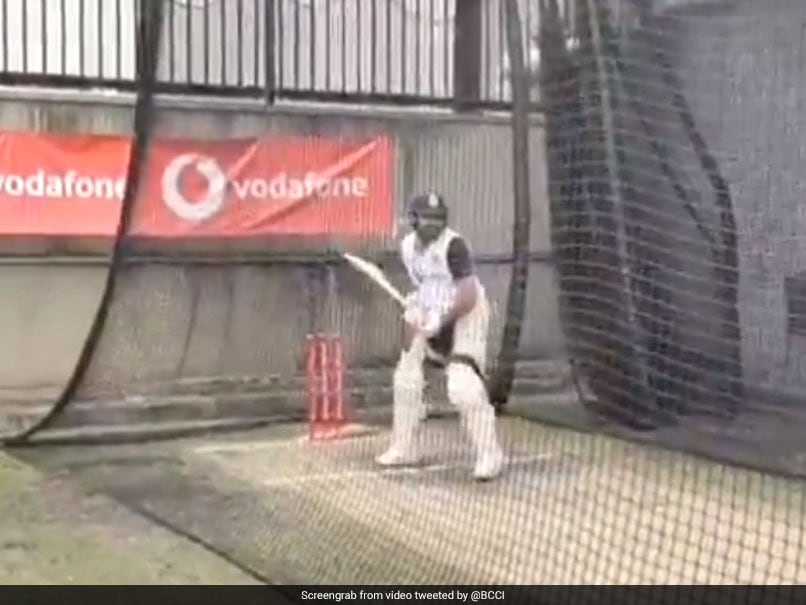 Rohit Sharma was seen batting in the nets for the first time since his arrival in Australia.© Twitter

Team India opener Rohit Sharma was seen batting in the nets for the first time since his arrival in Australia. Snippets of Rohit's practice session can be seen in a video uploaded on the official Twitter handle of the Board of Control for Cricket in India (BCCI). "The wait is over! The Hitman @ImRo45 show is about to unfold. #TeamIndia," read the caption on the Tweet. The 33-year-old has been appointed as the vice-captain of the Indian team, for the final two Tests of the four-match series against Australia.

The wait is over!

The Hitman @ImRo45 show is about to unfold. #TeamIndia pic.twitter.com/DdagR1z4BN

Rohit takes over the reins from Cheteshwar Pujara, having recently joined the visitors after completing his 14-day quarantine. Ajinkya Rahane is leading the team in the absence of regular skipper Virat Kohli. Kohli returned to India, after being granted paternity leave by the BCCI.

The 33-year-old will be making his maiden appearance in the ongoing Test series, if selected in the lineup for the Sydney Test. The match, set to take place at the Sydney Cricket Ground (SCG), will begin from January 07.

Left-arm pacer T Natarajan has been handed an opportunity after being included in the squad for the remaining two Tests. Natarajan replaces Umesh Yadav, who sustained a strain in his left calf muscle on Day 3 of the Boxing Day Test.

Cheteshwar Pujara Cricket
Get the latest updates on SA vs IND 2021-22, check out the Schedule and Live Score . Like us on Facebook or follow us on Twitter for more sports updates. You can also download the NDTV Cricket app for Android or iOS.