India vs Australia: T Natarajan has been named as a replacement for injured Umesh Yadav in India squad for last two Tests. 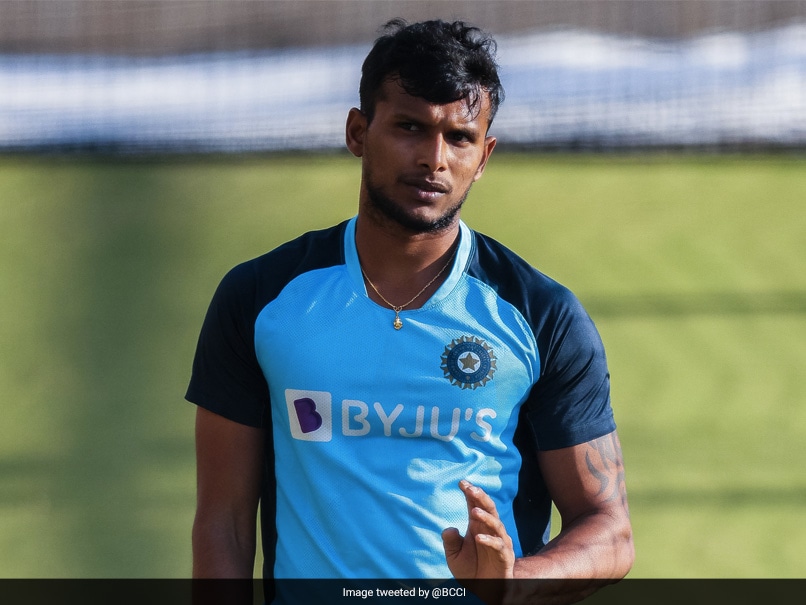 Fast bowler T Natarajan has replaced Umesh Yadav in India's squad for the last two Tests against Australia, Board of Control for Cricket in India (BCCI) said in a release on Friday. Umesh had sustained a strain in his left calf muscle on the third day of the second Test in Melbourne and has been ruled out of the series. BCCI also said that Shardul Thakur was added to the squad ahead of the Melbourne Test as a replacement for Mohammed Shami, who suffered a hairline fracture in his right forearm. Both Umesh and Shami will undergo rehabilitation at the National Cricket Academy in Bengaluru.

BCCI confirmed that Rohit Sharma has joined the India squad in Melbourne after completing his quarantine. Rohit was named the vice-captain of the team for the last two Tests.

Umesh bowled just 3.3 overs in the second innings in Melbourne before he limped off the field complaining of pain in his calf.

BCCI tweeted shortly after with an update on Umesh's injury, saying the pacer had been taken for scans.

He did not bowl further in the game even as India registered an eight-wicket victory to level the series 1-1.

Mohammed Shami was injured after being hit on the right forearm by a Pat Cummins bouncer during India's second innings of the first Test in Adelaide.

Shami did not play in the second Test and was replaced in the India XI by Mohammed Siraj.

Both Thakur and Saini are in line for a place in the Indian XI for the third Test in Sydney that begins on January 7.

Mohammed Shami Australia vs India 2020-21 Cricket
Get the latest updates on IPL Auction 2023 and check out  IPL 2023 and Live Cricket Score. Like us on Facebook or follow us on Twitter for more sports updates. You can also download the NDTV Cricket app for Android or iOS.