India vs Australia: Rohit Sharma "just got the engine started" after linking up with the Indian squad on Wednesday ahead of the third Test in Sydney. 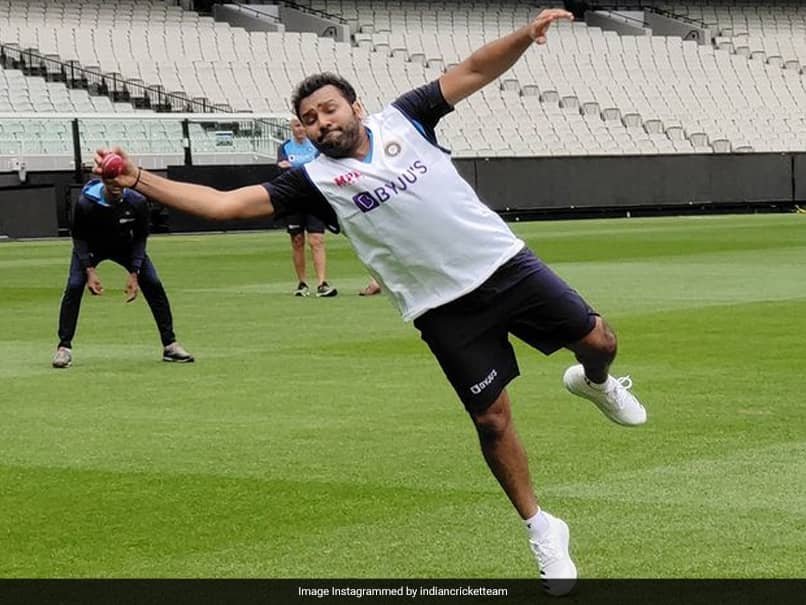 India vs Australia: Rohit Sharma was seen having some catching practice ahead of 3rd Test.© Indian Cricket Team/Instagram

Rohit Sharma geared up for India's last two Tests against Australia with some catching practice at the Melbourne Cricket Ground (MCG) in Melbourne, where the team is stationed for now ahead of the third Test in Sydney. The Board of Control for Cricket in India (BCCI) posted on social media pictures from Rohit's training session on Thursday. "The Hitman is here and has just got the engine started!" wrote BCCI on Instagram. Rohit linked up with rest of the team on Wednesday after completing his quarantine in Sydney.

Rohit's participation in the remaining two Tests, to be held in Sydney and Brisbane, will depend on assessment by the team's medical staff and management, as stated in a BCCI release shared before Rohit's departure to Australia.

The right-handed batsman had injured his hamstring during the Indian Premier League (IPL) 2020 and although he returned to the field to lead Mumbai to a record fifth IPL title, he didn't travel with the team to Australia subsequently.

After captain Virat Kohli rued a lack of clarity over Rohit's availability for the Tests, BCCI revealed Rohit had been with his ailing father and subsequently moved to the National Cricket Academy (NCA) in Bengaluru for rehabilitation.

Earlier this month, Rohit was declared clinically fit for the tour by the BCCI and he joined the team in time for the third Test.

The four-match series is level at 1-1 after India won the second Test in Melbourne by eight wickets after losing the first Test in Adelaide by the same margin.

The Sydney Test begins on January 7.