Australia vs India: Virat Kohli Says There Is Lack Of Clarity, Confusion Over Rohit Sharma's Injury

India vs Australia: India captain Virat Kohli said the team has been "playing the waiting game" on the status of Rohit Sharma's injury, revealing there has been a "lack of clarity" on the issue. 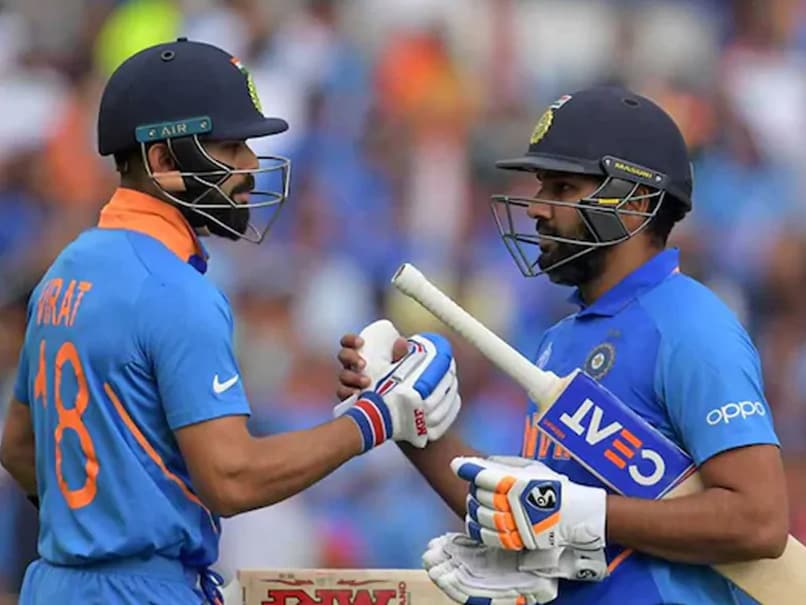 India captain Virat Kohli on Thursday didn't hide his displeasure at the Rohit Sharma injury saga stating that "confusion and lack of clarity" has led to the team management playing a "waiting game" on his availability which is not ideal. Answering media queries online ahead of the ODI series against Australia starting on Friday, Kohli said Rohit was said to be unavailable before the selection committee meeting earlier this month. "Before the selection meeting, we got a mail that he is unavailable, that he has picked up an injury during the IPL. It said that the pros and cons of the injury were explained to him and he understood and he was unavailable," Kohli said.

The Indian captain's view did open a pandora's box about whether he and his white ball deputy have been communicating on various sensitive issues pertaining to the team.

Rohit, who is nursing a left hamstring injury is doing is rehab at the National Cricket Academy in Bengaluru, is still three weeks away from full match fitness but a 14-day hard quarantine (without training) would rule him out of the Test series, starting December 17.

He played in the IPL within days of being left out of the Australia tour before being subsequently added to the Test squad.

"After that (the selection meeting) he played in the IPL and we all thought he would be on that flight to Australia and we had no information on why he is not travelling with us. There has been no information, there has been lack of clarity," Kohli said.

"We have been playing the waiting game," he added.

Kohli said that Rohit's next assessment at the NCA will happen on December 11 and right now it's a waiting game for the team sitting in Australia.

"The only other information we got is that he is in NCA and he is being assessed and he will again be assessed on 11th December. It's not ideal at all. It's been very confusing and a lot of uncertainty and lack of clarity around the situation," the skipper's irritation was palpable.

In fact, Kohli, just like it has been reported, said that now Rohit and pacer Ishant Sharma, who is recovering from a side strain, arriving in Australia is not certain given the strict 14-day quarantine enforcement here.

Kohli said that just like Wriddhiman Saha, it would have been ideal for both Rohit and Ishant Sharma to do their rehab programme under national team trainer Nick Webb and physio Nitin Patel.

"Yeah, that would have definitely increased their chances of both of them playing Test matches," Kohli said referring to senior keeper's injury management work with regards to his twin hamstring injury.

"Someone like Saha is doing his rehab and we are aware of his progress and he is on the right path to be available in time to play Test series...

"It would have given them (Rohit and Ishant) a chance to get themselves fit from the start of the Test series.