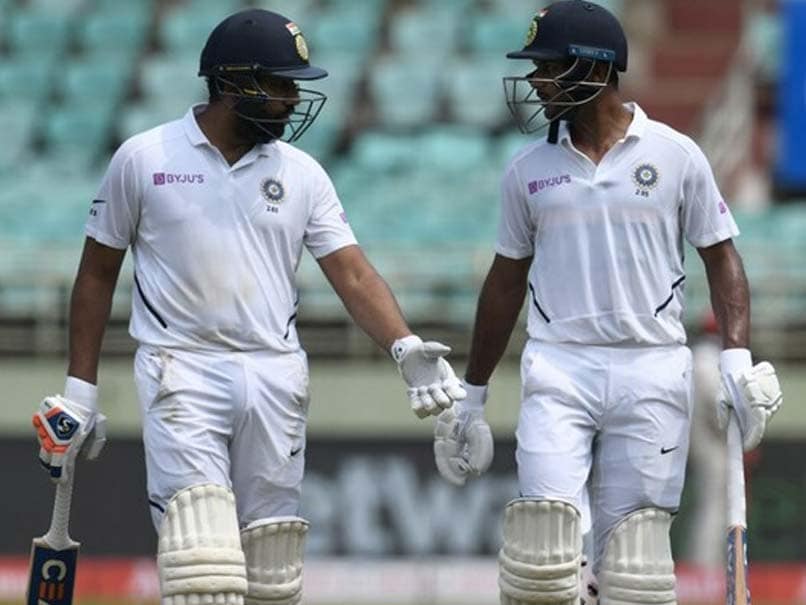 Australian skipper Aaron Finch on Thursday said India have enough quality in their ODI squad to replace a great batsman like Rohit Sharma, who is back home nursing a hamstring injury. Rohit, who suffered the injury during the IPL, is only expected to feature in the Test series starting December 17. The in-form Mayank Agarwal is likely to open with Shikhar Dhawan in Rohit's absence in the ODI series beginning Friday. "He is obviously a great player and someone who has had quite a bit of success against us in the past. It (Rohit's injury) is unfortunate," Finch said in a virtual media interaction ahead of the series opener. "You want to play against the best players all the time but whoever he is going to replace him, possibly Mayank, he has been in great form as well. So you take away a lot of experience but you also bring in another quality player."

Finch was Virat Kohli's teammate at Royal Challengers Bangalore during the IPL and was asked if he noticed in weaknesses in India skipper's game.

"He doesn't have too many to be honest. If you look at his record it is second to none. We have to keep looking get him out. When you go away from that and look to contain players you can sort of miss a trick there," Finch said.

"There are not too many chinks in his armour, he is probably the best one day player of all time."

The Australian skipper, however, is very satisfied with the make up of his team despite the absence of injured all-rounder Mitchell Marsh.

Finch had the luxury of three all-rounders -- Marsh, Glenn Maxwell and Marcus Stoinis-- in the last series they played in England.

"I really like the balance of our side at the moment, don't get me wrong...What Maxi has shown in T20 cricket in particular is that his bowling keeps improving all the time and Stoinis has proved that as well with the amount of exposure he has had over the past couple of years bowling in the death."

Asked if the task getting the 10 overs from the two all-rounder would be tougher in Marsh's absence, he said: "It is important and gives us a lot of flexibility."

"In England, we had three all-rounder with Mitch, you can dissect the 10 overs a little bit easier but you are still expecting when the fifth bowler combination is bowling it will still have an impact on the game.
"It is not about picking an all-rounder for the sake of it, it is also a key bowling spot as well."

With cricket being played in a bio-secure environment due to the COVID-19 pandemic, Finch also spoke on the importance of looking after the players and managing their workload, especially the bowlers.

"As far as rotation goes, I think it is come, go down, how they are feeling personally whether it is mentally or physically. Guys are at totally different points in their preparation and workloads.

"In the current environment, it is really important to look after people's health as much as anything. Whether you just give them a couple of days off or week off just to get in their own bed is going to be crucial but it will be case by case," said Finch.

The 34-year-old did not have the best of times at the IPL while opening for RCB and was also dropped for a few games.

Talking about his stint in the UAE, Finch said: "I think, a combination of couple of things, T20 cricket can be really difficult when you are not quite at your very best, when you are trying to be really aggressive at the start of an innings...

"...I think that''s a time when if it is not going 100 per cent, you can get into a pretty bad run quite quickly, but it's just a few balance things, head positioning and my stands and small things like that.

"It (changes) hasn't been anything huge, it is just a few steps that I would generally go to when things haven't been as smooth as I would have want."

Limited number of fans will be allowed into the stadium for the entire series against India comprising ODIs, T20s and Tests. Finch is excited about their return.

"Yes, absolutely, I think the last time we played in front of the crowds in Australia, was a long time ago, so the boys are excited and there has been a huge round of work that has gone on to allow that happen...

"...the public, the amount of effort that people of every state have done to help the coronavirus get under control in each state, so we are really excited, we know how much great atmosphere it is going to bring..."

Aaron Finch Australia vs India 2020-21 Cricket
Get the latest updates on IPL Auction 2023 and check out  IPL 2023 and Live Cricket Score. Like us on Facebook or follow us on Twitter for more sports updates. You can also download the NDTV Cricket app for Android or iOS.