Australia vs India: Ravindra Jadeja Ruled Out Of 4th Test With Dislocated Thumb

Australia vs India: Ravindra Jadeja ruled out of 4th Test against Australia with dislocated thumb. 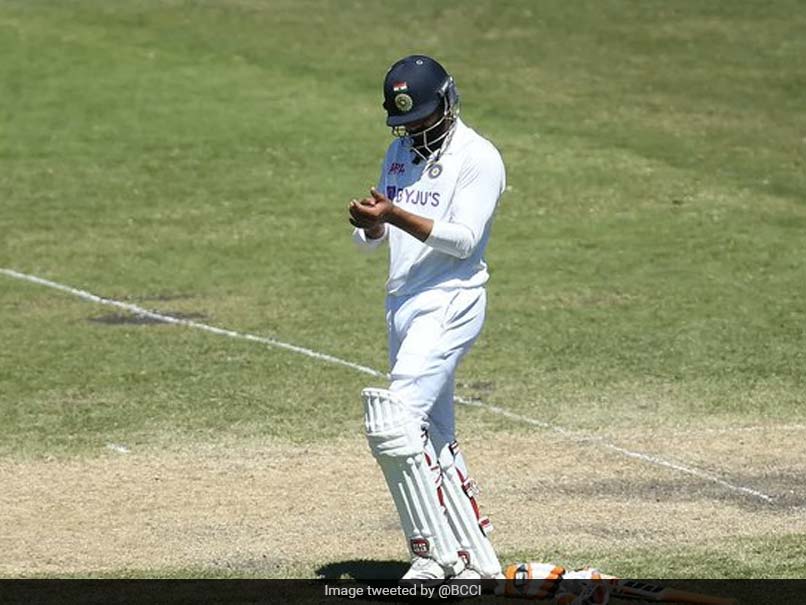 AUS vs IND: Ravindra Jadeja injured his thumb during the 3rd Test vs Australia.© Twitter

India all-rounder Ravindra Jadeja has been ruled out of 4th Test against Australia in Brisbane with a dislocated thumb, the Board of Control for Cricket in India said on Monday. Jadeja had suffered a blow to the thumb while batting in India's first innings in the third Test at the Sydney Cricket Ground. The BCCI, in a statement, said that Jadeja had gone for scans and results showed that he had dislocated his thumb. Jadeja is set to consult a hand specialist in Sydney before travelling back to India to the National Cricket Academy in Bengaluru for "further management of his injury".

"Ravindra Jadeja suffered a blow to his left thumb while batting on Day 3 of the third Border-Gavaskar Test that concluded on Monday. He later went for scans and the results have shown that he has dislocated his thumb," the BCCI said in a release.

"The all-rounder will now consult a hand specialist in Sydney before he returns to India. He will then head to the National Cricket Academy in Bengaluru for further management of his injury," the Indian cricket board added.

India have Kuldeep Yadav as a spin option to replace Jadeja, while Shardul Thakur and T Natarajan provide pace options to the team management.

The fourth and final Test of the series is set to begin on Friday at the Gabba in Brisbane. The third Test ended in a dramatic draw and the series is tied 1-1 going into the final match.

India Cricket Team
Get the latest updates on India vs Australia and check out  Schedule, Results and Live Score. Like us on Facebook or follow us on Twitter for more sports updates. You can also download the NDTV Cricket app for Android or iOS.