MSK Prasad said that Prithvi Shaw should go back to domestic cricket to work on his technical flaws. 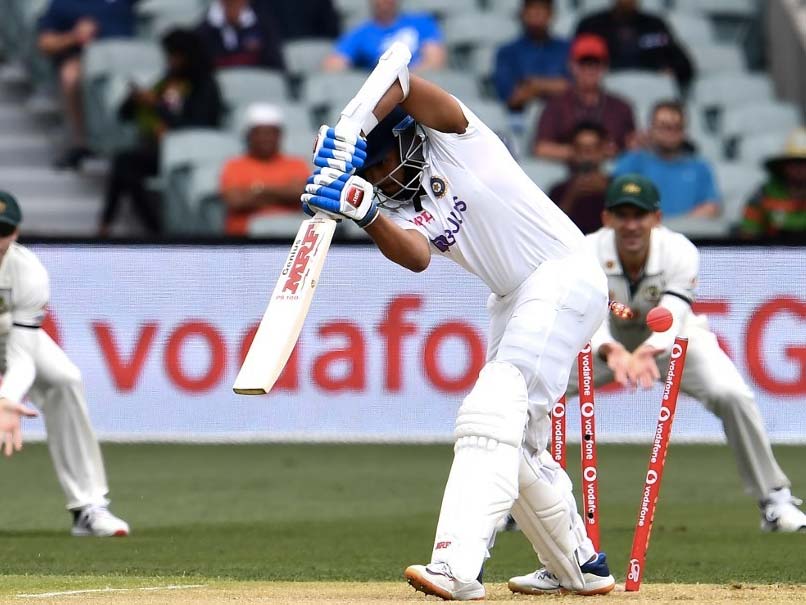 Prithvi Shaw scored a duck and four runs in his two innings in the Adelaide Test vs Australia.© AFP

Former chief selector MSK Prasad feels that the opening batsman Prithvi Shaw should play domestic cricket and rectify his technical flaws and make a strong comeback to the Indian team. Shaw once again failed after getting dismissed in a similar fashion by Pat Cummins in the second innings of the opening Test. The right-handed batsman was backed by the selectors for the first Test but he managed only a duck and four in the two innings of the day-night Test.

On Saturday, India were bundled out for 36 in the second innings of the pink-ball Test and Australia were given a mediocre target of 90 runs. Australia chased down the total comfortably inside 21 overs with eight wickets in hand.

"It is really hard to digest that we got all out for 36 but having said that our team is playing away series on different conditions. The same team had taken the lead in the first innings. We got a few more runs but 150 or 170 runs lead would have really shifted the match in our favour. I do understand that its hard to digest the low score we put up but I personally feel that this is the time when we need to back our team. Because this is the same team which has won us series in 2018-19 after the gap of 79 years," Prasad told ANI.

According to Prasad, Shaw will not find a place in the remaining games of the four-match series.

"Unfortunately, what is happening is that his form also did not help. He is having a few technical issues which have to be sorted out when he goes back to domestic cricket but having said that every cricketer in the early stage of his career goes through these things. So, I would really not see that this guy will be making, in fact the other way around if I look at it once he goes back to domestic cricket once he sorts it out I think he will come back strong," he said.

"Right now, I think it's a little bit harsh on him to blame whatever the technical faults he is facing but that's how the game is and he has to go back home and come back strong again. I doubt he will be getting the opportunity in remaining matches," Prasad added.

"I want to see Rishabh Pant in place of Wriddhiman Saha because the former has been successful in the previous tour and he is the only wicketkeeper-batsman in the history of Indian cricket who has scored a century both against Australia and England at their home conditions. So, off-late because of his fitness and his form he is not been considered in ODIs and T20Is. But it is a clear understanding that Pant will stand a chance ahead of Saha when we play overseas and Saha stands ahead when we play at home and sub-continent condition," Prasad explained.

India and Australia will face off next in the Boxing Day Test at the Melbourne Cricket Ground, beginning December 26.