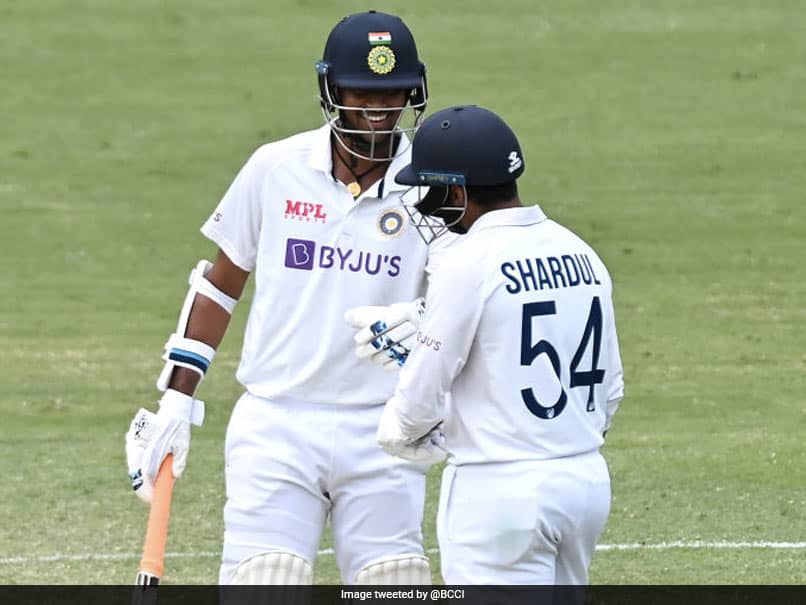 Australia took a 54-run lead against India on Day 3 of the ongoing fourth Test match at the Gabba in Brisbane. The hosts were 21 for no loss in six overs at Stumps with David Warner (20) and Marcus Harris (1) the two unbeaten batsmen. However, the day belonged to India, Washington Sundar and Shardul Thakur in particular. The duo rescued India from a precarious situation to help score 336 all out in the first innings, a deficit of only 33 runs to Australia, when it seemed it would be a lot more. The visitors began the day on a slow note with Cheteshwar Pujara and Ajinkya Rahane scoring only 25 and 37 runs respectively. Mayank Agarwal and Rishabh Pant tried to add some momentum to India's innings, but were outfoxed by the home side's bowling department. It was only after the arrival of Washington Sundar and Shardul Thakur, that India staged a turnaround. On his Test debut, Sundar slammed 62 runs off 144 balls, consisting of seven fours and a six. Meanwhile, Thakur also registered his maiden Test half-century, scoring 67 from 115 deliveries (nine fours and two sixes). Josh Hazlewood was in top form for Australia, taking five wickets against India. The hosts will be aiming to gain some momentum on Day 4 and extend their lead. (SCORECARD)

Brisbane Cricket Ground (Woolloongabba), Brisbane Australia vs India 2020-21 Cricket Australia vs India, 4th Test Live Score Live Cricket Score Live Blogs
Get the latest updates on India vs England Series, India vs England , live score and IPL 2021 Auction . Like us on Facebook or follow us on Twitter for more sports updates. You can also download the NDTV Cricket app for Android or iOS.