India vs Australia Test Highlights: Australia defeated India by 8 wickets in the opening Test at the Adelaide Oval, easily chasing down the 90-run target. 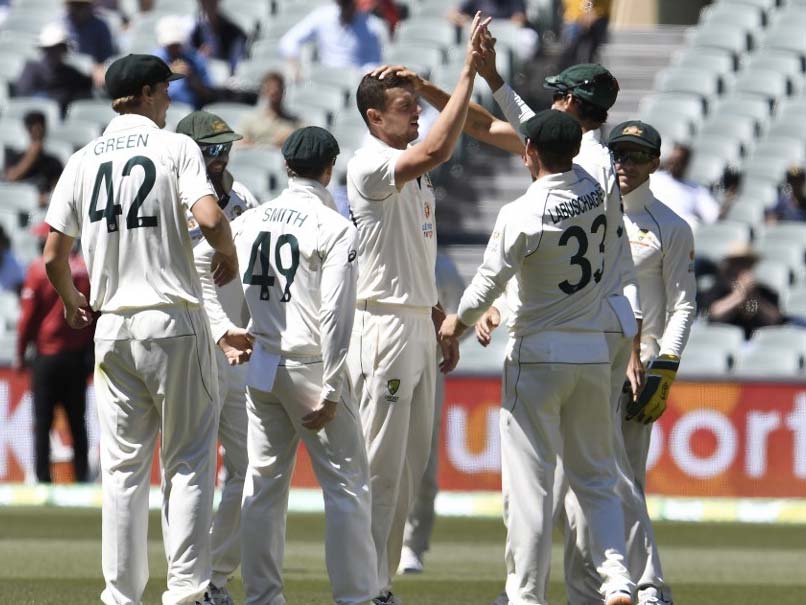 Australia defeated India by 8 wickets in the opening Test of the four-match series at the Adelaide Oval. The hosts were handed a paltry target of 90 runs, which openers Joe Burns and Matthew Wade made all the more comfortable with a 50-run partnership. India finished with a total of 36/9 in the second innings. Mohammed Shami was declared retired hurt, after being hit on the right arm by a short delivery from Pat Cummins. It was the visitors' lowest-ever Test total. Mayank Agarwal was the highest run-scorer for India, accumulating 9 runs off 40 deliveries. Josh Hazlewood and Cummins were the top performers with the ball, accounting for five and four wickets respectively. Day 2 witnessed Australia being bowled out for 191 in the first innings. Skipper Tim Paine was the highest run-scorer for the hosts, remaining unbeaten on 73 runs off 99 deliveries in an innings comprising of 10 boundaries. Ravichandran Ashwin was the pick of the bowlers for India, accounting for four wickets. India scored 244 runs in the first innings after winning the toss and opting to bat. (SCORECARD)

Mitchell Starc Live Score Live Cricket Score Live Blogs Cricket
Get the latest updates on ICC T20 Worldcup 2022, check out the Schedule and Live Score . Like us on Facebook or follow us on Twitter for more sports updates. You can also download the NDTV Cricket app for Android or iOS.