"I Will Kiss Where He Is Hurt": Cheteshwar Pujara's Daughter Aditi On How To Heal Father's Pain

After battling out in Brisbane where he copped several blows to the body, Cheteshwar Pujara returned to his family where daughter Aditi was ready with a special remedy. 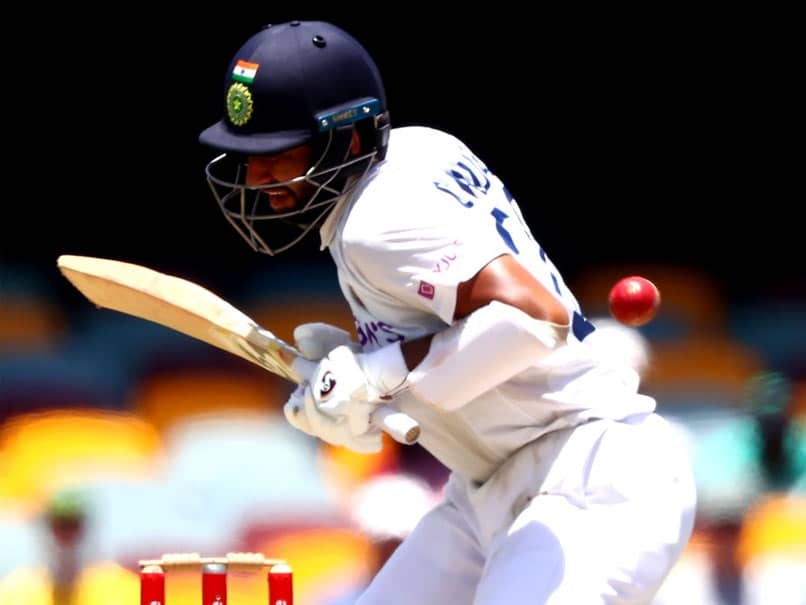 The sight of Cheteshwar Pujara copping body blows during the second innings of the fourth Test against Australia was intimidating for his family. Even as his wife Puja cringed and took her eyes away from the television, Pujara's daughter Aditi, all of two years old, had a unique remedy in store for her father's travails. "When he comes home, I will kiss where he is hurt, he will be fine," said Aditi. Pujara could be home soon as members of the Indian contingent started arriving in India on Friday and his daughter will have the time to try out her methods.

After all, like father like daughter. "That's what I do to her when she falls, so she believes that a kiss can heal every wound," Pujara told The Indian Express from Brisbane.

Pujara copped several body blows on the final day of the Brisbane Test as India and Australia battled for dominance in what Cricket Australia termed "one of the greatest Border-Gavaskar series ever."

He scored 56 runs after batting for more than five hours and sharing a crucial 114-run stand with Shubman Gill (91) to keep India in the hunt for the 328-run target set by the hosts to win the series, before Rishabh Pant did the honours with an unbeaten 89.

Blows to the back of the helmet, shoulders and forearms galore as Pujara remained resolute in the face of some hostile fast bowling by Pat Cummins and company.

How did he manage to pull it off? "From my early days, I am not in the habit of taking pain- killers. That's why my threshold to bear pain is pretty high. You play for so long, you get used to getting hit," Pujara said.

Cheteshwar Pujara Australia vs India 2020-21 Cricket
Get the latest updates on India vs England Series, India vs England , live score and IPL 2021 Auction . Like us on Facebook or follow us on Twitter for more sports updates. You can also download the NDTV Cricket app for Android or iOS.