Fans haven't been too impressed with Prithvi Shaw's performance in the two tour games. He has scored a total of 62 runs in four innings, giving away his wickets by playing some loose shots. 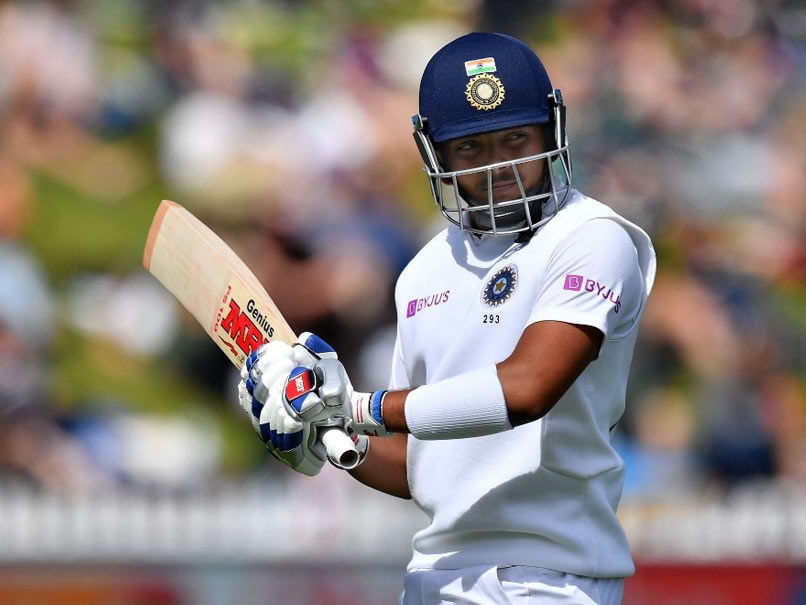 Prithvi Shaw has failed to make an impression in the two tour games in Australia.© AFP

The debate about who will open the innings for India alongside Mayank Agarwal in the first Test against Australia in Adelaide has been a hot topic ever since it was revealed that Rohit Sharma will not be part of the playing XI. Many contenders emerged with fans and pundits giving their preferences. Shubman Gill and Prithvi Shaw were the two names that cropped up time and again. The two warm-up games were seen by many as an audition for the opener's slot with Gill and Shaw battling it out. After seeing the two players over four innings, fans have had their say, and it doesn't make for a pleasant reading for Shaw.

On Saturday, Shaw was dismissed for 3, throwing his wicket away with another loose shot, and that proved to be the last straw for many fans, who took to Twitter to express their frustration. Others decided to have some fun and posted memes.

Prithvi Shaw needs to play more domestic cricket looks rusty...better send him back rather than sit out and waste time..@vikrantgupta73 @rawatrahul9

Prithvi shaw when Shubman Gill doesn't follow him to the dressing room. pic.twitter.com/KZ9KfagZGi

he was all set to make a ton here but bad umpiring cost his wicket, should include himself in the 1st xi, way better than highly overrated prithvi shaw

Prithvi Shaw to Indian fans after scoring a couple of runs. pic.twitter.com/SJyZnrkAX8

Absolutely zero need to rush Prithvi Shaw into the regular 11. Let him go back to Ranji and fix his temperament. Those loose wafts need to go.

You can't be serious to play Prithvi Shaw as a test opener. Clearly not ready. I don't know what approach Kohli-Shastri are trying this practice match but please don't do it in an actual test. Please.

Bumrah getting a 50 in Australia before Prithvi Shaw, it's going to be a nightmare Aussie summer for test matches for India pic.twitter.com/I1fV9l8AAr

While both players failed to fire in the first tour game at Drummoyne Oval in Sydney. Shaw and Gill were dismissed for a duck in the first innings, and this was followed by scores of 19 and 29, respectively, in the second as the match ended in a draw.

Both these players were given another go in the ongoing second practice match at the Sydney Cricket Ground. Shaw chanced his luck and scored a charmed 40 off 29 balls in the first innings.

Gill (43) scored three more runs than Shaw but looked much more assured and in control at the crease. However, in the second innings, Shaw was sent packing by Mark Steketee for only 3.

Gill, though, was in no mood to throw away his wicket and hit a fluent half-century before being dismissed for 65.

Going purely on the performances in the two tour games, Gill without doubt has stolen a march on Shaw, and emerged as fans' favourite to open the innings alongside Mayank Agarwal in the day-night Test in Adelaide, which begins on December 17.

Australia Cricket Team Prithvi Shaw Shubman Gill Australia vs India 2020-21 Cricket
Get the latest updates on ICC T20 Worldcup 2022, check out the Schedule and Live Score. Like us on Facebook or follow us on Twitter for more sports updates. You can also download the NDTV Cricket app for Android or iOS.