Australia vs India: Virat Kohli, after leading India by example with the bat on the opening day, pulled off a screamer at short mid-wicket to dismiss debutant Cameron Green. 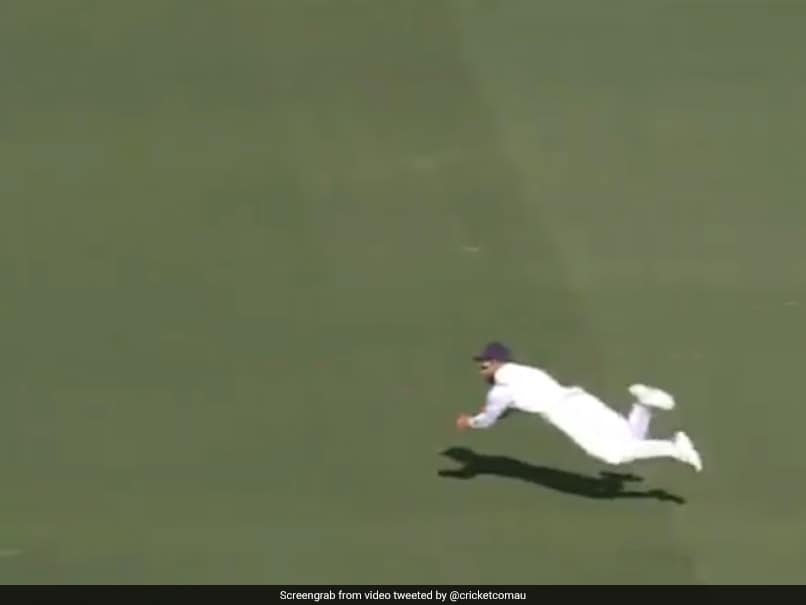 Virat Kohli, after leading India by example with the bat on the opening day, pulled off a sensational catch at short mid-wicket to dismiss debutant Cameron Green. Before Kohli pulled off the brilliant catch, the Indian players were sloppy in the fieldand had dropped two easy chances, with Marnus Labuschagne benefitting on both the occasions. Kohli's athleticism proved how a brilliant piece of fielding can turn an ordinary delivery into a wicket-taking ball. Ravichandran Ashwin bowled a half-tracker to the Australian all-rounder and his eyes opened up sensing an easy boundary option. However, he went only with power rather than placement and that is what cost him his wicket as Indian skipper dived at full-length and grabbed a wonderful catch to send him back to the pavilion.

Cameron Green's debut innings was stopped short by an absolute classic from Virat Kohli - and the Indian captain enjoyed it a lot! #OhWhatAFeeling@toyota_Aus | #AUSvIND pic.twitter.com/krXXaZI1at

Green was the last wicket to fall for the hosts in the middle session as Australia crawled to 92 for five. Ashwin accounted for all three wickets in the session, helping India dominate the session.

Ashwin first got rid of Steve Smith, World's no. 1 Test batsman, getting him caught at first slip by Ajinkya Rahane. Smith, who was averaging 62 in the longest format prior to this game, had a rare failure as he fell for just one run.

Travis Head was the second wicket to fall in the session as he handed a simple catch back to Ashwin off his own bowling. Green, in his first-ever Test inning, showed some resilience but was undone by Kohli's brilliance in the field. Australian skipper Tim Paine was unbeaten on nine, alongside Labuschagne who was four short of his ninth Test half-century.

Steven Smith Marnus Labuschagne
Get the latest updates on IND vs NZ 2021, check out the Schedule and Live Score . Like us on Facebook or follow us on Twitter for more sports updates. You can also download the NDTV Cricket app for Android or iOS.