AUS vs IND: Jasprit Bumrah grassed what was a fairly easy catch of Marnus Labuschagne to give Australia a reprieve when they were in a corner, having lost two wickets. 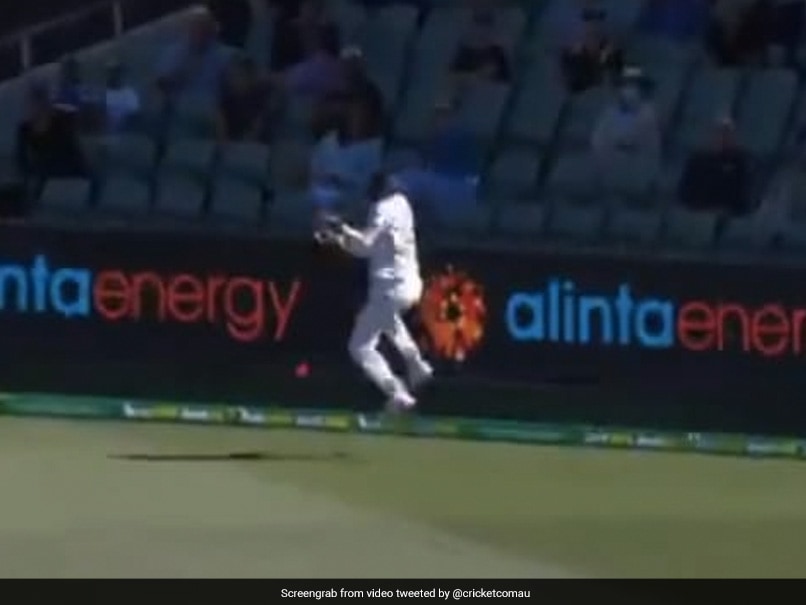 AUS vs IND: Jasprit Bumrah dropped a simple catch to give Marnus Labuschagne a life.© Twitter

After folding for 244 runs in the first innings, Jasprit Bumrah dismissed both Australian openers Matthew Wade and Joe Burns, helping India reach dinner on Day 2 with increased confidence. While Bumrah deserved all the praise for providing India with two breakthroughs, his error in judgement at the fence just moments before the dinner break denied the team a crucial wicket of Marnus Labuschagne. The incident occurred in the penultimate over of the first session when Shami bowled a brilliant short-pitch delivery to Labuschagne. The Australian batsman top-edged it straight to Bumrah at the fine-leg fence. The ball went to Bumrah at a pretty catchable height but the fast bowler unaware of where the ropes were made a complete mess and it rolled over the fence giving Australia an easy boundary.

Here's how the incident happened:

Earlier, resuming their innings on the overnight score of 233 for six, India lost last four wickets for just 11 runs, with Pat Cummins and Mitchell Starc both adding two wickets each to their already impressive tally on Day 2. Starc ended with four wickets for 53 runs while Cummins finished with three wickets.

India started their bowling with Umesh Yadav instead of Mohammed Shami and that became a huge talking point on social media. While Umesh bowled back-to-back maiden overs upfront, he couldn't force the batsmen to play the balls as most of his deliveries were wide of off stump.

Shami, coming in as a first-change bowler, started causing Australian openers some trouble. He bowled in great tandem with Bumrah and the latter trapped Wade and Burns leg before within two overs.

Australia were 35/2 at the end of first session on Day 2. However, things could have been worse for the hosts had Bumrah held onto that catch at the fence but he would hope to make up for that with his bowling in the remaining sessions.

Adelaide Oval, Adelaide Australia vs India 2020-21 Cricket Australia vs India, 1st Test
Get the latest updates on SA vs IND 2021-22, check out the Schedule and Live Score . Like us on Facebook or follow us on Twitter for more sports updates. You can also download the NDTV Cricket app for Android or iOS.