IND vs AUS, 1st Test Highlights: Ravichandran Ashwin Stars On Day 2 As India Lead By 62 Runs At Stumps In Adelaide

India vs Australia Test Highlights: India will resume their second innings on Day 3 of the opening Test against Australia in Adelaide, at a score of 9/1. 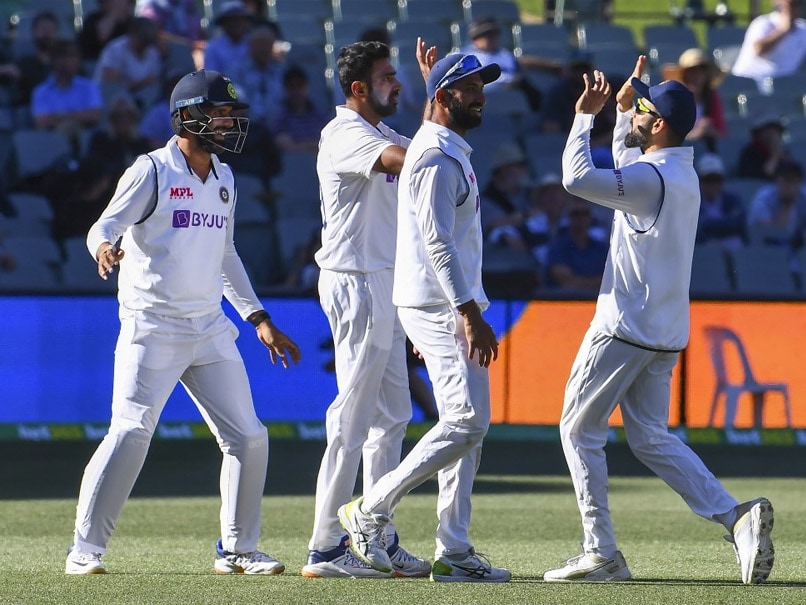 IND vs AUS: Ravichandran Ashwin was the pick of the bowlers for India on Day 2 in Adelaide.© AFP

India ended Day 2 with a score of 9/1 in their second innings, take a 62-run lead against Australia in the opening Test in Adelaide. Earlier, Australia were bowled out for 191 in the first innings. Skipper Tim Paine was the highest run-scorer for the hosts, remaining unbeaten on 73 runs off 99 deliveries in an innings comprising of 10 boundaries. Ravichandran Ashwin was the pick of the bowlers for India, accounting for four wickets. Umesh Yadav and Jasprit Bumrah completed three and two dismissals respectively. India scored 244 runs in the first innings after winning the toss and opting to bat. Virat Kohli was the top run-getter, accumulating 74 runs off 180 balls. Mitchell Starc and Pat Cummins accounted for four and three wickets respectively. Josh Hazlewood and Nathan Lyon registered one dismissal apiece. (SCORECARD)

Steven Smith Australia vs India, 1st Test Live Score Live Cricket Score Live Blogs Cricket
Get the latest updates on India vs South Africa and check out  Schedule, Results and Live Score. Like us on Facebook or follow us on Twitter for more sports updates. You can also download the NDTV Cricket app for Android or iOS.