Australia vs India: Steve Smith decided to steal a second run but Ravindra Jadeja's direct hit caught him well short of his crease, bringing Australia's first innings to an end at 338. 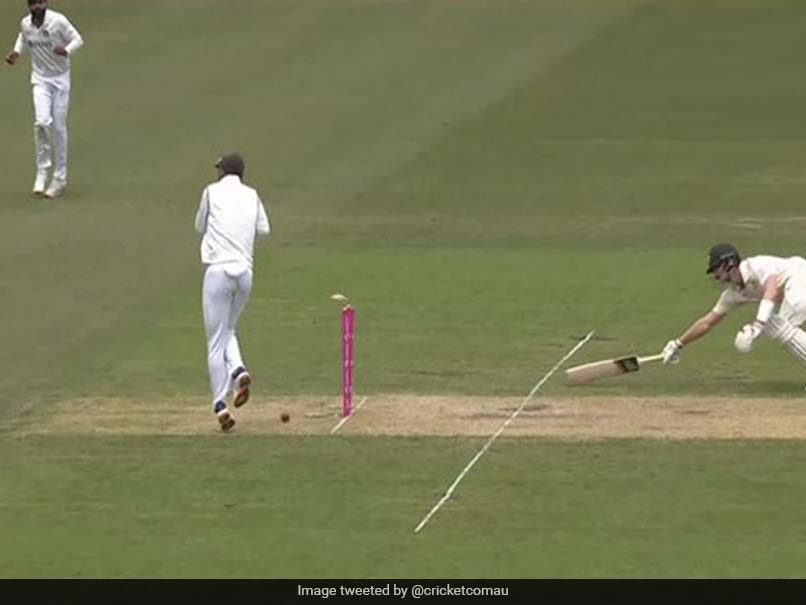 Ravindra Jadeja, regarded as one of the best fielders in the world, proved his brilliance in the field once again as he got rid of Australia's most prominent batsman Steve Smith with a bullet throw. Having steered a ball with soft hands on the leg side, Smith decided to steal a second run but Jadeja's direct hit caught him well short of his crease, bringing Australia's first innings to an end at 338. Apart from choosing the wrong person to chance his luck, Smith hardly made a mistake during his 131-run knock and became the first Australian to score a hundred in this series, scoring his 27th Test century -- 8th against India. Smith's knock also helped Australia post in excess of 300 runs for the first time in the series.

Watch the run out here:

Apart from effecting Smith's run out, Jadeja was brilliant with the ball in hand as well, claiming four wickets for 62 runs -- his third best bowling figures on foreign soil.

Jadeja used his variations to full effect to deceive the Australian batsmen. He broke the dangerous third-wicket stand between Marnus Labuschagne and Steve Smith in the 71st over by getting the former caught by Ajinkya Rahane at first slip for 91 runs.

The left-arm spinner picked up his second wicket when he got rid of Matthew Wade who was looking to take him on but handed a simple catch to Jasprit Bumrah at mid-on.

Jadeja cleaned up Pat Cummins for a duck to claim his third wicket and trapped Nathan Lyon right in front for a zero. Riding on Jadeja's brilliant bowling effort, India didn't allow Australia to get too ahead in the game with a huge first innings score.

Sydney Cricket Ground (SCG), Sydney Australia vs India 2020-21 Cricket Australia vs India, 3rd Test
Get the latest updates on India vs Australia and check out  Schedule, Results and Live Score. Like us on Facebook or follow us on Twitter for more sports updates. You can also download the NDTV Cricket app for Android or iOS.