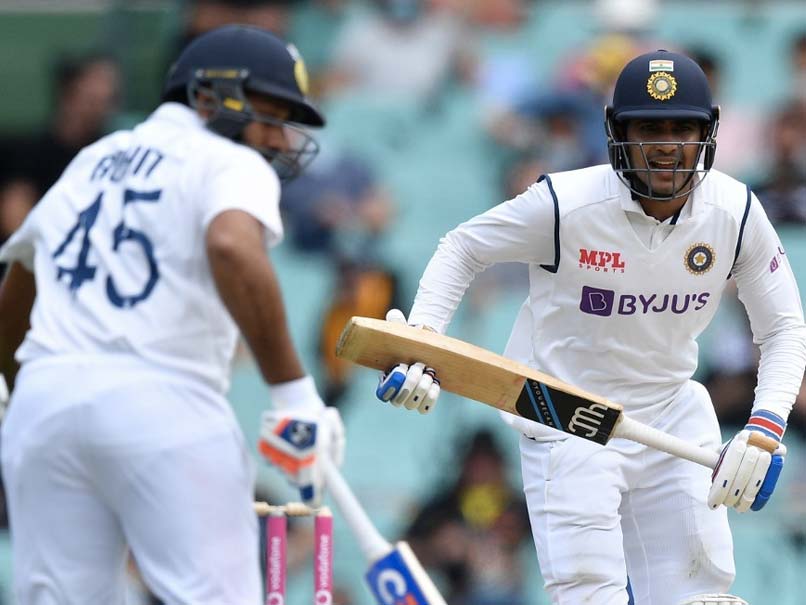 IND vs AUS: Shubman Gill scored a half-century on Day 2 of the 3rd Test match.© AFP

India will be satisfied with their display against Australia on Day 2 of the ongoing third Test match at the Sydney Cricket Ground (SCG). The visitors were 96 for two in 45 overs at Stumps on Day 2, in response to Australia's score of 338. Shubman Gill scored his maiden Test half-century while Ravindra Jadeja took four wickets as India ended the second day 242 runs behind Australia's score. Steve Smith slammed a century for the home side, scoring 131 runs from 226 deliveries. Marnus Labuschagne also hit a half-century, dismissed for 91. For India, openers Rohit Sharma and Shubman Gill got off to a strong start, with the latter scoring 50. But with the departure of Gill, India's run-rate slowed down, with Ajinkya Rahane and Cheteshwar Pujara finding the going difficult against the opposition bowlers. The duo were unbeaten on 5 and 9, respectively. Earlier on in Day 2, Jadeja was on fire for India, scalping four dismissals while Jasprit Bumrah and Navdeep Saini took two each to restrict the hosts to a below par score. India will be aiming to increase their momentum and not play cautiously on Day 3. (SCORECARD)

Steven Smith Marnus Labuschagne Mohammed Siraj Navdeep Saini Live Score Live Cricket Score Live Blogs Cricket Cricket
Get the latest updates on SA vs IND 2021-22, check out the Schedule and Live Score . Like us on Facebook or follow us on Twitter for more sports updates. You can also download the NDTV Cricket app for Android or iOS.