India vs Australia: With India going down 0-2 with massive losses in the first two ODIs, former India batsman Gautam Gambhir was joined by fans expressing their ire and dissatisfaction at Virat Kohli's captaincy. 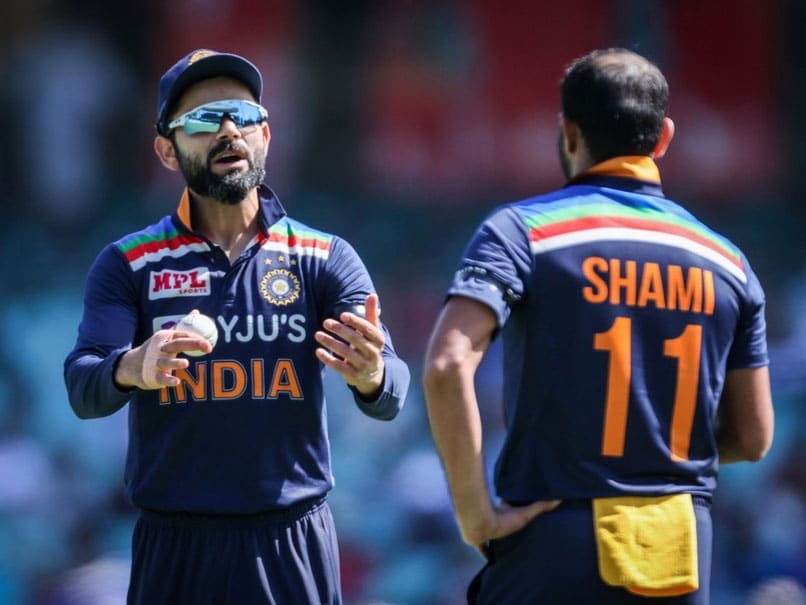 Australia clinched the three-match One-day International (ODI) series against India with a game to spare after winning by 51 runs in the second ODI at the Sydney Cricket Ground (SCG) on Sunday. Australia had dominated the visitors in the opening ODI and did so again on Sunday to wrap up the series without much fuss. The Indian bowling in the two matches so far has come under fire, with Australia scoring over 370 runs on both occasions. Virat Kohli's captaincy too has come under scrutiny, with former India opener Gautam Gambhir questioning some of the bowling changes made by the India skipper. Fans too were not impressed and took to Twitter and vented their frustration at India's "bizarre" tactics under Kohli and coach Ravi Shastri.

"I can't understand the captaincy to be honest. We kept talking about how important it was to take wickets upfront, if you have to stop this kind of batting line-up and then you make your premier bowler bowl two overs," Gautam Gambhir said in a video posted on ESPNCricinfo.

"Normally, in a one-day game, probably there are three spells and you finish 10 overs -- 4,3,3 -- or probably the maximum is four overs. But if you stop your premier fast bowler just by bowling two overs upfront with the new ball, I can't understand that kind of captaincy and I can't even explain that captaincy," he added.

"It's not T20 cricket. T20 cricket is different and sometimes even in T20 cricket, people end up bowling three overs upfront. I can't understand the reason to be honest, that was poor captaincy," Gambhir said.

Some angry fans slammed the happenings in Indian cricket, training their guns at the Kohli-Shastri combination. Many others tweeted that Rohit Sharma should be made the captain of the Indian team.

I have said it before, and I will repeat it: India is not going to win any ICC tournaments with the duo of Kohli-Shastri at the helm. The team culture has taken a huge hit and its quite evident. Gyming together doesn't create a winning atmosphere. It takes a lot more than that.

First we need to kick Ravi shastri out of the team ... With Kohli Shastri combination we are not going to win any major trophies..

If India need to change the brand of cricket, then remove shastri and bring in a foreign/sensible coach.

Enough of Kohli with Shastri#AUSvsIND

Chota muh badi baat: Virat Kohli should leave captaincy and focus on his batting like Sachin Tendulkar did.

It's time to end the era of Ravi Shastri as coach and Virat as captain. New captain should be Rohit Sharma and new coach should be MS Dhoni. #Captaincy pic.twitter.com/dAQihSzMs5

Virat Kohli has been struggling with his captaincy. His planning and strategies aren't working out well. He is failing to get the team motivated enough.#AUSvIND #INDvAUS #TeamIndia pic.twitter.com/h51dcnJsk2

India's tour Down Under has gotten off to a nightmare start, with the visitors completely outplayed in both the ODIs so far. Australia's batting has stamped their authority, with the Indian bowlers looking devoid of ideas on most occasions.

The likes of Jasprit Bumrah, Mohammed Shami and Yuzvendra Chahal have all gone for runs, while Navdeep Saini's first outing to Australia has been a tumultuous one so far.

India now take on Australia in the third and final ODI in Canberra, before the three-match T20I and a four-Test series.