Australia vs India: Mohammed Siraj picked up his maiden Test wicket in the form of Marnus Labuschagne at the MCG on Saturday. 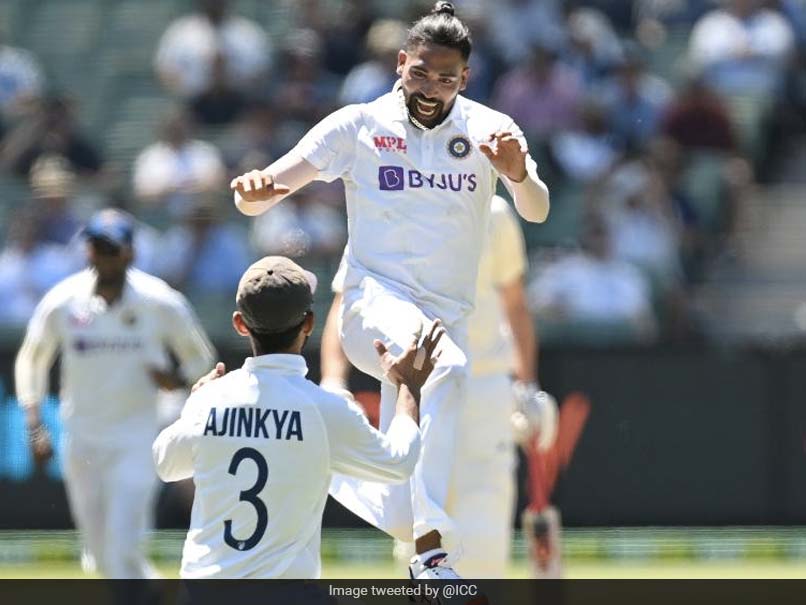 Mohammed Siraj, who made his debut on Saturday, picked up his first Test wicket as Marnus Labuschagne was caught at backward square-leg by another debutant Shubman Gill. Labuschagne was looking good for a big score but he failed to keep a flick shot on the ground and Gill pulled off a fine diving catch. Cricket Australia took to Twitter to post a video of Siraj's maiden Test wicket. India managed to pick two wickets in the post-lunch session to reduce Australia to 136 for five.

In the second session, Jasprit Bumrah removed Travis Head for 38. India captain Ajinkya Rahane, stationed at gully, took a low catch to send him back to the pavilion.

Labuschagne and Cameron Green then tried to steady the innings but Siraj broke the partnership.

Earlier in the day, Australia got off to a poor start after winning the toss and opting to bat at the Melbourne Cricket Ground.

Bumrah removed Joe Burns for a duck and then Ravichandran Ashwin, in his second over of the match, ended Matthew Wade's innings for 30.

Wade mistimed a lofted shot and was caught by Ravindra Jadeja, who held onto the catch despite a minor collision with Gill.

Ashwin again struck in his next over and bagged the big wicket of Steve Smith for a duck. The number one ranked Test batsman flicked a ball off his pads straight into the hands of Cheteshwar Pujara at leg slip.

Tim Paine and Cameron Green were unbeaten at Tea on Day 1.

India Cricket Team Mohammed Siraj Shubman Gill Marnus Labuschagne Australia vs India 2020-21 Cricket Australia vs India, 2nd Test
Get the latest updates on SA vs IND 2021-22, check out the Schedule and Live Score . Like us on Facebook or follow us on Twitter for more sports updates. You can also download the NDTV Cricket app for Android or iOS.