India will clinch the three-match T20I series with a game remaining, if they beat Australia in the 2nd T20I at the Sydney Cricket Ground (SCG) on Sunday. 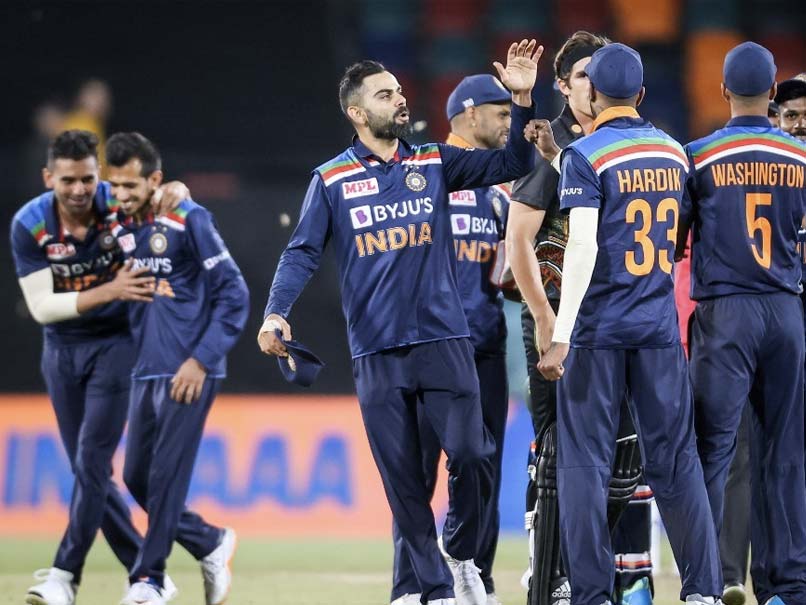 India face Australia in the second T20I of the three-match series at the SCG on Sunday.© AFP

The 'concussion substitute' rule became a major talking point after India defeated Australia in the opening Twenty20 International (T20I) of the three-match series on Friday. Yuzvendra Chahal replaced Ravindra Jadeja, who was hit on the helmet by a Mitchell Starc bouncer, at the halfway mark, and the leg-spinner played a crucial role in India's 11-run win by taking three wickets. Jadeja himself played a huge part, smashing an unbeaten 44 to propel India to a match-winning total. The win was India's second straight triumph on the tour, having beaten the hosts in the final ODI at the Manuka Oval in Canberra. The action now shifts back to Sydney with the second and third T20I slated to take place at the SCG. India will be gunning to seal the series on Sunday but will be without Jadeja's services for the rest of the T20I series.

Jadeja was ruled out of the T20I series with pacer Shardul Thakur added to the squad. The all-rounder has excelled at the back of the innigs in the previous two matches, and will surely be missed.

Australia, on the hand, will be seething after losing the opening T20I. They had dominated for large parts of the match, but let their advantage slip at crucial junctures.

They had India on the mat at 114 for six in 16.5 overs but had no plans to counter Jadeja's hitting prowess and were made to pay dearly as India managed to post 161 for seven on the board.

The hosts then were cruising in the chase at 56 for no loss in 7.3 overs but once again threw away their advantage by trying to be over aggressive. Both captain Aaron Finch and Steve Smith fell trying to take on Chahal.

D'Arcy Short, who replaced the injured David Warner up top, struggled to hit the boundaries, huffing and puffing to 34 runs off 38 balls before falling to India's star debutant T Natarajan.

The biggest positive for the hosts on the day was the performance of Moises Henriques. The all-rounder was pick of the bowlers, taking three wickets and giving away just 22 runs off his four overs and then followed it up by scoring 30 off 20 balls.

India will go into the second T20I full of confidence, especially the bowling department. Chahal, T Natarajan and Washington Sundar were all exceptional with the ball.

While Chahal and Natarajan took three wickets each, Sundar was at his miserly best, giving away just 16 runs off his four overs.

KL Rahul was India's top-scorer in the match with a well-made 51 off 40 balls. India will hope the rest of the batting stars come to the party in the next two T20Is.

KL Rahul T Natarajan Australia vs India 2020-21 Australia vs India, 2nd T20I Cricket
Get the latest updates on India vs Australia and check out  Schedule, Results and Live Score. Like us on Facebook or follow us on Twitter for more sports updates. You can also download the NDTV Cricket app for Android or iOS.