Ravindra Jadeja Ruled Out Of T20I Series vs Australia, Shardul Thakur Added To The Squad

Ravindra Jadeja was ruled out of T20I series vs Australia, Shardul Thakur added to the squad on Friday 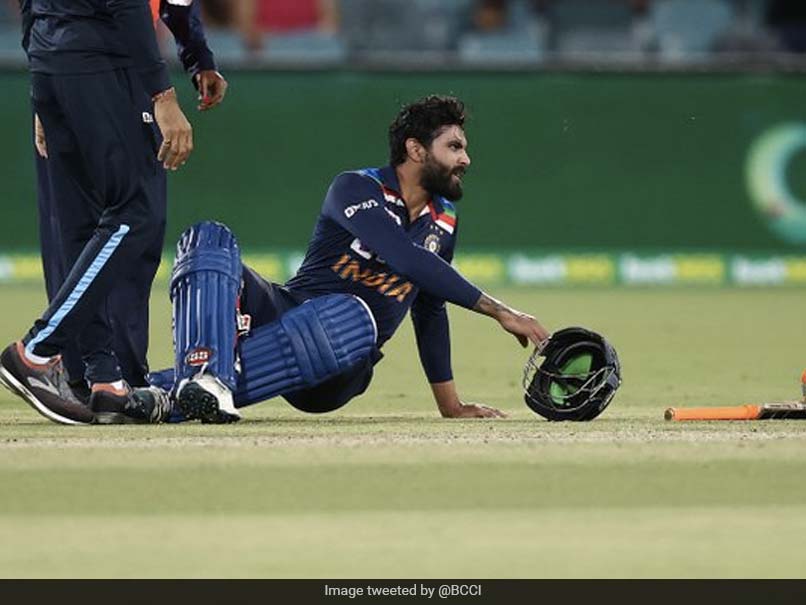 Ravindra Jadeja was ruled out of the T20I series against Australia on Friday.© Twitter

Jadeja played a crucial knock of 44 not out to help India post a competitive total of 161 for seven from their allotted 20 overs.

India managed to defend the targetthanks to their concussion substitute Chahal, who returned with figures of three for 25 from his four overs.

Both teams will now travel to Sydney for the final two games in the shortest format.

Ravindra Jadeja Australia vs India 2020-21 Cricket
Get the latest updates on Fifa Worldcup 2022 and check out  Fifa World Cup Schedule, Stats and Live Cricket Score. Like us on Facebook or follow us on Twitter for more sports updates. You can also download the NDTV Cricket app for Android or iOS.