Australia vs India: Virat Kohli, after dropping Matthew Wade at covers, redeemed himself and ran out the Australian skipper in what turned out be a comical dismissal. 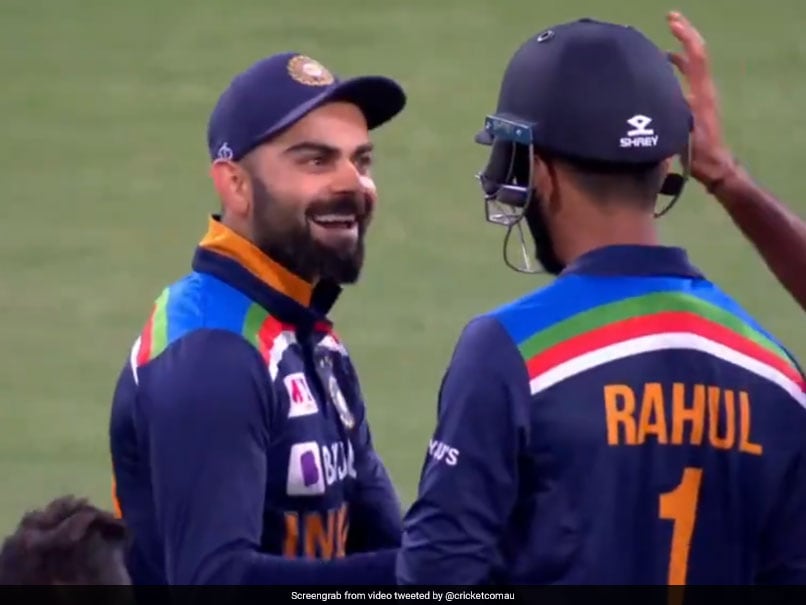 Virat Kohli ran out Matthew Wade after dropping him at covers in the 2nd T20I on Sunday.© Twitter

India skipper Virat Kohlidropped a catch but quickly redeemed himself by running out his counterpart Matthew Wade in the ongoing second Twenty20 International on Sunday. On the final delivery of the eighth over, bowled by Washington Sundar, Wade was looking to flick the ball towards the leg-side but got a leading edge that went straight to Kohli at cover. The India captain dropped the catch but was quick to recover and threw the ball to KL Rahul and he whipped the bails off in a flash, sending Wade back to the pavilion. Cricket Australia posted a video of the comical dismissal and termed it a "calamity". "What A Calamity," the video was captioned.

He smashed 10 boundaries and a six during his stay in the middle.

Earlier, Virat Kohli won the toss and invited Australia to bat. Both teams made three changes to their line-ups.

Apart from Wade, Steve Smith scored freely at the Sydney Cricket Ground and played a crucial knock of 46 that helped the hosts to an imposing total of 194 for five in their allotted 20 overs.

For India, T Natarajan was the pick of the bowlers. He returned with figures of two for 20 from his four-over spell.

Yuzvendra Chahal, man of the match from the series opener, proved expensive on the day.

The leg-spinner gave away 51 runs from his quota of four overs and managed to get just one wicket.

India need to get 195 runs to win the series with a game to spare.

Matthew Wade Australia vs India 2020-21 Australia vs India, 2nd T20I Cricket
Get the latest updates on SA vs IND 2021-22, check out the Schedule and Live Score . Like us on Facebook or follow us on Twitter for more sports updates. You can also download the NDTV Cricket app for Android or iOS.