Haseeb Hameed paid tribute to India captain Virat Kohli for inspiring a revival that the England top-order batsman hopes will see him regain his Test place. 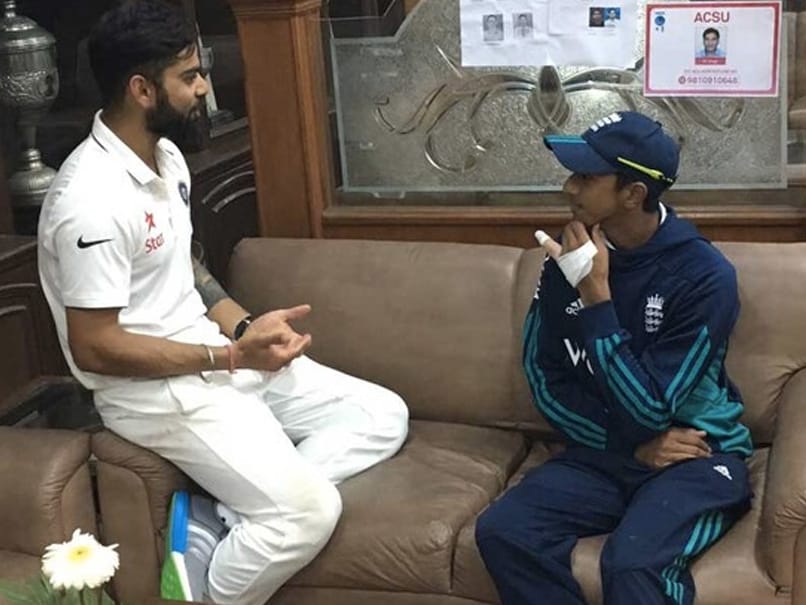 Haseeb Hameed said Virat Kohli is a "massive inspiration" for him.© BCCI

Haseeb Hameed paid tribute to India captain Virat Kohli for inspiring a revival that the England top-order batsman hopes will see him regain his Test place. Hameed signed a new contract with English county side Nottinghamshire on Thursday that is set to keep him with the Midlands club until the end of the 2022 season. He scored three half-centuries in five Bob Willis Trophy matches for Nottinghamshire after moving to Trent Bridge from his native Lancashire at the end of last season, when it looked like a once promising career might be cut short.

But the runs dried up to such an extent that in 2018 his average failed to reach double figures.

A change of scene, however, means Hameed, is now looking to add to his three Test caps.

"Having got a taste of it very young and then those experiences that followed, it has been an absolute rollercoaster but that ambition is still there," Hameed said of an England recall.

Aged just 19, Hameed marked his Test debut by making 82 in the second innings against India at Rajkot.

Such was his concentration and correct technique he was nicknamed 'Baby Boycott' in honour of England opening great Geoffrey Boycott.

Kohli then labelled Hameed a "future star" after he made an unbeaten 59 with a broken finger in Mohali.

But the injury led to a dramatic dip in form that saw Hameed playing for Lancashire's second XI.

"Obviously for someone like Virat to say that does give you a lot of confidence and he is a massive inspiration for me as it is," Hameed said.

"I think he is a great inspiration for people to look at and see what you can achieve if you put your mind to it and have a bit of discipline."

As for his own "mental resilience", Hameed added: "I have something deep down that won't let me stop."

While he would have never contemplated "waking away from the game", Hameed said he had doubts.

"That is when you need something within you, deep down to stop you from giving in and to try one more time and to keep doing that," he said.