India vs Australia: India captain Ajinkya Rahane was run out after he responded to Ravindra Jadeja's call to get the latter to a fifty. Rahane's gesture after the run out drew praise on social media. 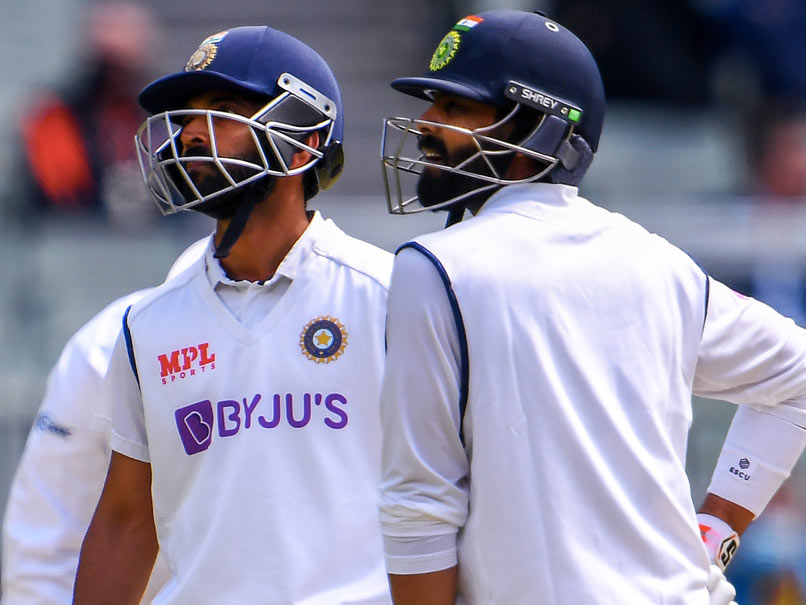 Australia vs India: Ajinkya Rahane was run out while trying to get Ravindra Jadeja to a fifty.© AFP

Ajinkya Rahane, India's most successful batsman in the first innings of the second Test against Australia, went for a quick single and lost his wicket in the process while trying to get Ravindra Jadeja to a half-century. In the 100th over of India's first innings, Jadeja, batting on 49, pushed a delivery from Nathan Lyon towards short cover for a quick single. However, Marnus Labuschagne sprinted towards the ball and pulled off an accurate throw to wicket-keeper Tim Paine, who whipped off the bails while Rahane was only marginally short of his ground.

A magic piece of fielding from Marnus Labuschagne! #AUSvIND https://t.co/vwVXz5OjKq

Rahane's gesture after being dismissed, though, drew applause on social media. The Indian captain seemed to reassure Jadeja and ask his teammate to carry on after their game-changing 121-run partnership came to an end.

Rahane's sportsmanship is superb...even Jadeja got him out, encouraged him to continue without any burden. Great gesture!!#INDvAUS

Nice gesture from Rahane, he was encouraging Jadeja after the mistake which lead to the wicket through runout of the captain. pic.twitter.com/m9Fv0SP5QT

The Indian captain was run out for a well-made 112 with India leading by more than 100 runs at the time of his dismissal.

Jadeja eventually got to his fifty before being caught in the deep by Pat Cummins off Mitchell Starc.

India, who had finished the second day on 277 for 5, folded for 326 on the third morning of the Test, leading Australia by 131 runs in the first innings.

Jadeja was dismissed for 57 later in the innings as India lost 5 for 49 in the first session.

Earlier on Day Two, Rahane brought up his 11th Test hundred and first as captain, after India dismissed Australia for 195 on the first day.

India are looking to level the series in Melbourne after they lost the first Test in Adelaide by eight wickets.

India were restricted to their lowest-ever Test total of 36 for 9 in the second innings of the first Test after having lead Australia in the first innings.

Ravindra Jadeja Australia vs India 2020-21 Cricket
Get the latest updates on Fifa Worldcup 2022 and check out  Fifa World Cup Schedule, Stats and Live Cricket Score. Like us on Facebook or follow us on Twitter for more sports updates. You can also download the NDTV Cricket app for Android or iOS.