India vs Australia: After losing Marcus Stoinis to a side strain, the hosts find themselves in another selection dilemma with David Warner limping off the field during the second ODI at the Sydney Cricket Ground. 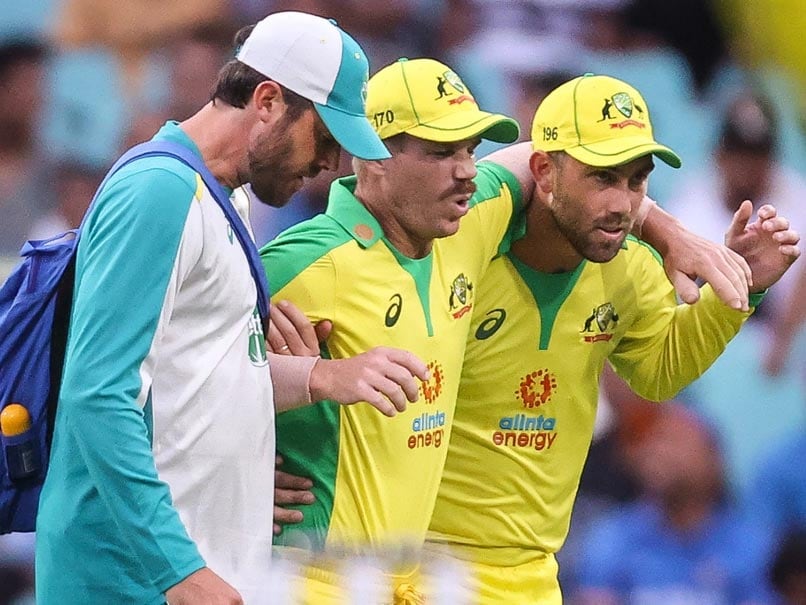 India vs Australia: David Warner limped off the ground during the second innings of the second ODI.© AFP

Despite defeating India in the second ODI, at the Sydney Cricket Ground, David Warner's injury comes as bad news for Australia. Defending a total of 389 for four, Warner left the field in the fourth over of the second innings, after losing his footing to save a single from visiting opener Shikhar Dhawan. According to Cricket Australia's (CA) official statement, the 34-year-old has been sent for scans on his groin, after suffering an adductor injury. CA's official digital content handle posted a video of the incident on Twitter. Here is the video:

David Warner is off the field after landing awkwardly in this fielding effort.

In the footage, Warner can be seen wincing, while lying on the ground and also holding his groin in discomfort. After the arrival of the team's physiotherapist, the pair immediately left for the pavilion, with Warner visibly grimacing in pain.

A serious injury could be a huge blow for the hosts, who were in top form during the first ODI with Warner scoring a half-century. The injury also comes after all-rounder Marcus Stoinis was on the receiving end of a side strain during the first ODI victory, on Friday. Although, he hasn't been removed from his side's limited-overs team yet.

After the match, Aussie captain Aaron Finch said, "No idea about Warner's fitness. We've got to reshuffle it around, I don't think he'll (Warner) be available."

During the first innings of the second ODI, Warner slammed 83 runs from 77 deliveries, at a strike rate of 107.79. He registered seven fours and three sixes. He was run out by Shreyas Iyer.

Other than Warner, Steve Smith was once again his side's talisman scoring a blistering knock of 104 runs from 64 balls. Even Finch (60), Marnus Labuschagne (70) and Glenn Maxwell (63) grabbed half-centuries for the hosts.

India's bowling department was once again patchy, with Jasprit Bumrah grabbing a wicket but also conceding 79 runs from 10 overs. Meanwhile, Mohammed Shami and Hardik Pandya also registered a dismissal each. The target proved to be too big for India, who wrapped up at 338 for nine in 50 overs.

Marcus Stoinis Australia vs India 2020-21 Cricket Australia vs India, 2nd ODI
Get the latest updates on ICC T20 Worldcup 2022, check out the Schedule and Live Score. Like us on Facebook or follow us on Twitter for more sports updates. You can also download the NDTV Cricket app for Android or iOS.