Murali Vijay has managed scores of 11, 18 and zero in three innings of the first two Tests. 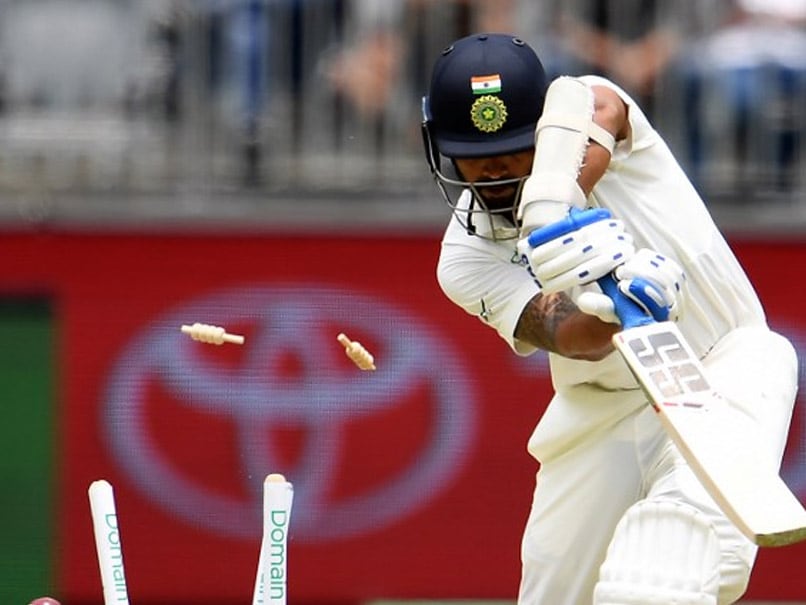 Murali Vijay was dismissed for a duck by Mitchell Starc on day two of the second Test.© AFP

An unbeaten 90-run stand for the fourth wicket between Virat Kohli and Ajinkya Rahane took India out of trouble after the opening pair of Murali Vijay and KL Rahul failed to fire in the first innings of the second Test in Perth. Both the openers perished inside the first six overs, putting India in a spot of bother at 8 for two. Vijay was dismissed for a 12-ball duck while KL Rahul managed just two runs before Josh Hazelwood cleaned him up. Former Australia captain Ricky Ponting said that Vijay should be the batsman to make way for Prithvi Shaw in the third Test.

“I think it's got to be Murali Vijay who goes," Ponting told cricket.com.au.

"It was probably a bit of a bat-off coming into the series between those two. I saw him (Shaw) out in the outfield today hitting a few balls, starting to look like he's getting around a bit better and with 10 days to go before the next Test you'd think he'll come back in. So I think it's got to be Vijay that goes out," Ponting said.

In the three innings of the two Tests, Vijay has scores of 11, 18 and zero and on all three occasions he has got out to left-arm pacer Mitchell Starc.

Praising the effort of the 28-year-old Australian pace spearhead, Pointing said that credit needs to be given to Starc.

"We saw him get out twice in Adelaide to very similar shots; two balls from Starc that just pushed across, didn't swing back in and he nicked both of those and he got the other one today that comes back through the gate. Give credit to Starc for the way he's bowled to him,” Ponting added.

Although, India lost both the openers cheaply in the first innings, Virat Kolhi (82*), Ajinkya Rahane (51*) and Cheteshwar Pujara (24) helped India get back on track on Day 2.

The visitors ended the second day at 172 for three, trailing Australia by 154 runs.

Mitchell Starc Australia vs India 2018/19 Cricket Australia vs India, 2nd Test
Get the latest updates on ICC T20 Worldcup 2022, check out the Schedule and Live Score. Like us on Facebook or follow us on Twitter for more sports updates. You can also download the NDTV Cricket app for Android or iOS.