"He's Getting Close To His Best Again": Tim Paine Backs Mitchell Starc Ahead Of 2nd Test

Mitchell Starc had a poor outing in the first Test, where he only managed to pick a total of five wickets. 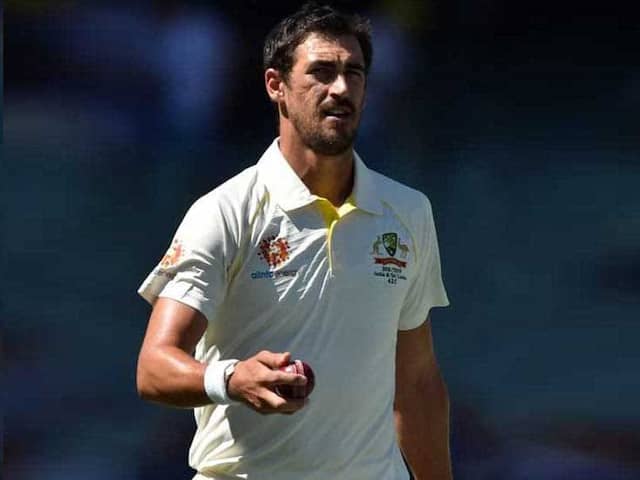 Mitchell Starc came under the scanner after failing to fire in the first Test.© AFP

Australia suffered a 31-run defeat in the first Test against India in Adelaide and star pacer Mitchell Starc came under the scanner after failing to fire in the match. Starc, who managed to pick only five wickets in the game, was criticised by cricket pundits who thought his performance was lacklustre. Now as the second Test starts on Friday, Australia have decided to go into the match with an unchanged team. With Starc set to take the field in Perth, skipper Tim Paine feels the 28-year-old will bounce back stronger after all the criticism. Paine said that there was no doubt over Starc's place in the team, further adding that the left-arm pacer is getting close to his best.

“There wasn't any doubt (on Starc playing in the second Test). He has been good for us, and the criticism he has faced this week has been pretty unfair to be honest. Apart from two or three overs in Adelaide where he got his radar a bit wrong, I thought he bowled really well. His best and his worst are getting closer together and he is getting really close to his best again," icc-cricket.com quoted Paine as saying.

“The conditions are going to suit him down to the ground, and one thing I know about Starc is when he cops a bit of criticism, he bounces back hard.

"I'm pretty pumped to see him go tomorrow or the next day and see what he can produce. We know his best is the best, so we're excited to have him in our team and realise how lucky we are to have him,” Paine added.

Another disappointment for the home team in the first match was opener Aaron Finch, who scored 0 and 11 in the two innings. Paine, ahead of the second Test asserted that Finch is only one score away from getting back to his best and he just needs to stick to his strengths.

“Finchy has been successful at international cricket and he played really well in the UAE, and he just needs that one score to get that little bit more self-belief at Test level.

“You are not going to succeed in international cricket unless you stick to your strengths. He knows the best way to go about his batting, and I'll make sure he keeps trying to do that. If he does he will come good for us,” Paine added.

Aaron Finch Australia vs India 2018/19 Cricket Australia vs India, 2nd Test
Get the latest Cricket news, check out the India cricket schedule, Cricket live score . Like us on Facebook or follow us on Twitter for more sports updates. You can also download the NDTV Cricket app for Android or iOS.