India produced an all-round performance in the opening Test in Adelaide and lead the four-match contest 1-0. 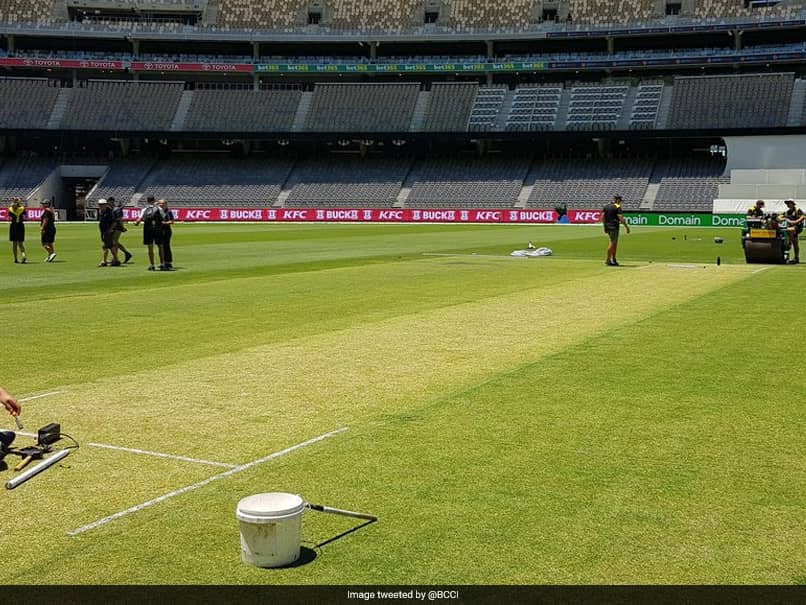 Virat Kohli's side may face one of the fastest and bounciest wicket in the world.© Twitter: BCCI

WACA curator Brett Sipthorpe has revealed that a green, fast and bouncy wicket awaits India and Australia for the second Test in Perth starting Friday. Sipthorpe unveiled a bright green pitch on the eve of the second match of the four-match series and it is expected to provide a much-coveted balance between bat and ball. The visiting Indian teams have struggled on pacy and bouncy Australian pitches in the past and Virat Kohli's side may face one of the fastest and bounciest wicket in the world. "We've just been told make it fast, make it bouncy if you can and run with it," Sipthorpe was quoted as saying by cricket.com.au.

"We're just trying to produce the bounciest pitch we can."

"We're pretty much planning for exactly what we had for the Shield game," Sipthorpe said.

"The feedback we got back from the players was terrific, I don't think I've spent so much time talking to players during a game but we just wanted to garner as much feedback as we could from the players.

"We didn't get any negatives from them, they were all really positive about it.

A green wicket, that will be a delight for the two supreme fast-bowling attacks, could tempt the winner of the toss to bowl first, but Sipthorpe warns the scorching heat must be considered.

"They've had all the talk about pace and bounce and movement, but how long can you sustain heavy pressure in 38 degrees?" he said.

"That's the challenge. If you win the toss do you bowl and make the most of the conditions, or do you think - actually, we're going to be pretty tired after 50 overs in 38 degrees?"

As far as the series is concerned, the visitors produced an all-round performance in the opening Test in Adelaide and lead the four-match contest 1-0.

However, they were dealt massive blows when Ravichandran Ashwin and Rohit Sharma were ruled out on the eve of Perth Test.