India have won only one of four Tests they have played at Perth. 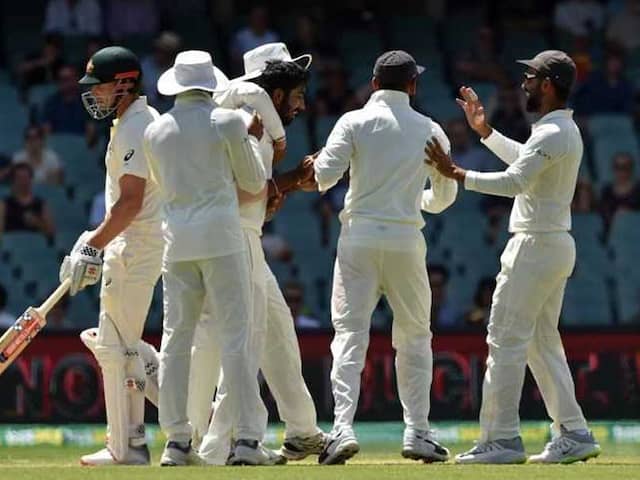 India began their Test series against Australia with a 31-run victory in Adelaide.© AFP

Team India will be keen to double their lead in the four-Test series against Australia when they play their second Test against the hosts in Perth starting Friday. While India made a winning start to the much-awaited series with a 31-run victory in Adelaide Test, they will yet again have to fight against all odds in Perth to continue their form Down Under. In the head-to-head record in Perth, India have a 1:3 win-loss record in the four matches that they have played till now.

The first Test played between the two nations at Perth was in 1977 when the home team won the tie by two wickets. In the second in 1992, Australia defeated the visitors by a massive 300-run margin.

However, the record might not bog down the visitors as they had braved the storm to win the Test at Adelaide where the records were stacked against them.

Before the 2018 Test, India had played Australia 11 times, losing six times and winning once in Adelaide.

With the pitch at Perth set to offer more bounce and pace, the Australian bowling unit would aim to dismantle the Indian top order and register a convincing win.

With the likes of Mitchell Starc, Josh Hazlewood and Pat Cummins present in the Australian camp, the tourists will have to be wary of the threat.

However, ahead of the second Test, India suffered massive injury blows as spinner Ravichandran Ashwin and batsman Rohit Sharma were ruled out due to injury. The BCCI confirmed that Ashwin had suffered a left-side abdominal strain, while Rohit jarred his back in the field during the first Test.

With the trio unavailable for selection, India included Hanuma Vihari, Ravindra Jadeja, Umesh Yadav and Bhuvneshwar Kumar in a 13-man squad announced on eve of the second Test.

Pat Cummins Tim Paine
Get the latest Cricket news, check out the India cricket schedule, Cricket live score . Like us on Facebook or follow us on Twitter for more sports updates. You can also download the NDTV Cricket app for Android or iOS.